Zapu has temporarily stopped campaigns for the vacant party presidency, with the focus shifting to rebuilding the party structures ahead of the August 2020 elective congress.

The party will use the congress to elect a new substantive leader to replace the late liberation hero, Dr. Dumiso Dabengwa, who died on May 23, in Nairobi, Kenya, en route to Zimbabwe from India where he had gone for medical treatment.

Already, jostling for the party`s highest position had started but, Zapu acting president Isaac Mabuka said the current party leadership has ordered the interested persons to stop canvassing for votes but work to build structures.

“We have actually closed the leadership race for the moment. We said people must stop campaigning and prepare the party for congress.  The aim at the moment is to establish structures and branches so that we know we will have delegates,” he said in an interview with CITE.

The party hopes to open up the race next year in April to give people time before congress sits in August, Mabuka noted.

“Quite possibly, we may open this around April for people to start competing because if we start now, some will do it for their sole benefit and organise people who can vote for them at congress instead of working for the party,” he said.

The Zapu interim leader added that a strong party was made up of organised structures, which should be the aim and motivation going into congress.

“By the time we reach April, all the structures and branches must already be in place. As a party, we will be happy to have sorted out the districts and remain with provincial elections. Otherwise, if we open race for the presidency now, someone who is interested may not even allow a fellow competitor to take up any position,” he said.

Zapu secretary-general, Dr. Strike Mkandla, concurred that since the party was going through a process of leadership renewal, structures had to be intact.

He added that the party actually encouraged young people to participate in politics.

“These are hard economic times and we know there’s pressure, as young people are trying to survive and may not have enough resources to engage in politics. But the structure is yet to find ways of encouraging the young and making it feasible for them to take part in politics and be future leaders,” Dr. Mkandla said.

In addition, the party SG noted that any member of the party was free to contest for any post.

“Actually (the late leader, Dr. Dumiso) Dabengwa had done a unique thing because he announced at the 2016 congress that his last term would be in 2020. First of all, he would have completed two terms but even if we were to make changes and ask him to stand, he insisted he was not going to stand. Instead, Dabengwa wanted us to start preparing and be ready to replace him in 2020,” Dr. Mkandla said.

On progress on the congress preparations, the party SG acknowledged that all activities cost money and measures had been put in place to fundraise.

“Some measures include for example fundraising functions, receiving contributions from individuals, ultimately even from non-party people who in the past were associated with ZAPU and might not be active people. Sometimes help comes at critical points to give practical support but as a party, we hope those interested in democracy as a principal can also contribute to us,” Dr. Mkandla said.

“People can help us as a means of trying us as one of the alternatives to the current system because we have a track record of having stood for something. As ZAPU we have not been tried in action except for the short time when (late nationalist and party founder, Joshua) Nkomo managed to influence government.”

He quipped that as an independent force, Zapu has not had a chance to govern “since it was swallowed in 1987” during the unity accord.

“After being established by us in 2010, we are yet to have a share of government. To maintain our influence and governance in Zimbabwe, we need to have a successful conference in 2020.” 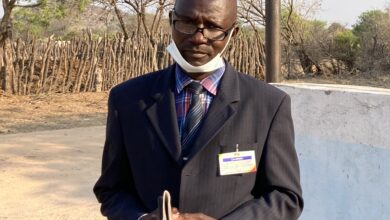