The family of the prominent elderly couple from Emzaza village in Empandeni are offering a reward of R10 000 to anyone with information leading to the arrest and conviction of those who murdered their parents.

Nicholas Nleya (83) and Margaret Nleya (78) were brutally murdered by suspected robbers who invaded their homestead in September and set them alight before fleeing with an undisclosed amount of cash.

Speaking to CITE, Bernadict Nleya the fourth child of the late couple said police have not found any concrete information leading to the arrest of the perpetrators.

“Police have not found anything concrete that is why we are offering this reward so that people can come forward with information,” said Nleya.

“I wouldn’t want to disclose that because that’s a matter for the CID but leads may be there although we don’t have concrete evidence, so I wouldn’t want to comment on that too much because the CID are reluctant in releasing any information at this stage but investigations are ongoing”.

Nleya said they have faith that justice will prevail in their late parent’s case. 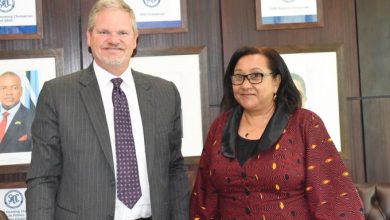 FACTCHECK: Did SADC’s Executive Secretary confirm that sanctions are not the cause of Zimbabwe’s crisis?