The latest wave of price hikes which saw prices of basic commodities shoot up following the skyrocketing of foreign currency exchange rates against the local currency last week has become a bone of contention for stakeholders in Bulawayo.

Between Wednesday and Friday last week the United State Dollar was selling at ZW$24 up from ZW$13 triggering retailers to adjust their prices.

However, the exchange rate had by Saturday dropped to US$1: ZW$15 but retailers are yet to revert to prices that obtained before the volatile crisis.

The latest development has left many with more questions than answers.

“The ever-rising prices make life difficult for ordinary Zimbabweans, and more so those who are in formal employment like civil servants who are paid in local currency,” said Paul Sixpence, a Bulawayo resident.

“The solution to all this lies with the central bank. It needs to stabilise the exchange rates so that we have a stable Zim dollar that will ultimately lead to the stabilisation of prices,” he suggested.

Another resident, Mthulisi Sibanda said ordinary Zimbabweans were victims of the manipulation of the financial services sector by the elite.

“The exchange rate is controlled by the mogul cartels that are in the political system and are profiteering at the expense of the suffering public,” complained Sibanda.

He said the spiralling exchange rates which fuelled price hikes were a clear sign of loss of confidence in the local market by Zimbabweans.

Last Friday night, President Emmerson Mnangagwa, before leaving for the United Nations General Assembly, said he would soon meet the business community in an effort to find ways of solving the problem of the ever-increasing prices.

“Soon, I shall be calling for a meeting with the business community so we agree on clear ground rules which ensure fair play in the market,” said Mnangagwa.

“It is not the intention of the Government to interfere with the operation of business. However, where clear failures become evident and rampant in the market, the hand of government will inevitably show. To avoid this, I urge our business community to demonstrate leadership, empathy and patriotism while recovery takes root.”

The President said he did not see any justification to the price increases when people’s incomes remained static.

“The whole situation becomes completely unjustified and untenable when only prices of basic commodities continue to escalate against static or even declining wages,” he said.

“Surely a generalised price escalation should and must have a bearing on wage levels in the economy.

“They (business people) must act in a manner consistent with the broader goal of economic recovery, tripartism and sustainable long-term macro-economic stability.”

Industry and Commerce Minister, Nqobizitha Ndlovu, has also said the government would direct retailers to revert to prices that obtained before the shooting up of exchange rates.

Economists, Prosper Chitambara, told CITE the black market was to blame for the price hikes.

“It (price hikes) was caused by developments on the black market which are now a major driver of inflationary developments in the country,” said Chitambara.

“There is a lot of speculation in the economy; there is increase in money supply and people now want to mop up the available US dollar on the market.”

He said the situation was already undermining economic stability and business confidence in the country.

He warned against the introduction of price controls arguing they never worked in the past. 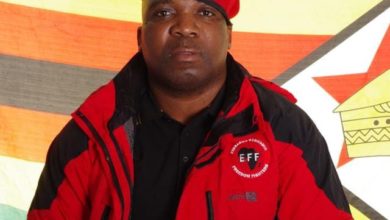