The youth across the country have been challenged to educate communities on climate change and its impact.

This issue came out during an Act Alliance-Zimbabwe organised youth symposium held in Harare last Thursday under the theme “A new climate for peace.”

Climate change has become one of the biggest threats affecting development and fueling violence among citizens in the country.

“As young people it’s your job to observe what communities are doing wrong and educate them on better ways of doing things to preserve the environment and create green decent jobs,” said an International Labour Organisation representative, Tafadzwa Chirinda.

He challenged young people to create platforms for green enterprise innovations and development.

“We cannot talk about climate change without involving peace because communities highly impacted by climate change are the least peaceful,” she said.

A report presented at the workshop revealed that by the end of the century, temperatures would rise annually by at least three to four degrees.

“Future impacts will reduce crop and livestock yield as studies show that production of maize in the country will decrease by 30 percent by the year 2030,” added Braizer.

Cyclone Idai, which affected Manicaland early this year and described as one of the worst natural disasters to hit Southern Africa, was linked to the impact of climate change in the country.

Zimbabwe has been urged to come up with better ways of mitigating the impact of climate change to avoid future disasters of the magnitude of Cyclone Idai. 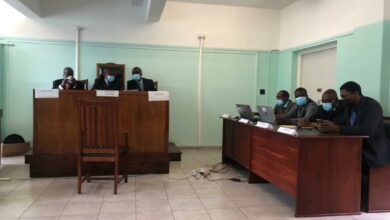