Tawanda Muchehiwa, nephew to investigative journalist and ZimLive editor, Mduduzi Mathuthu, who was allegedly abducted by suspected State security agents has been released, CITE has learnt.

Muchehiwa’s release followed an order by the Bulawayo High Court which gave the police a 72-hour ultimatum to investigate his whereabouts.

The lawyer handling the matter, Nqobani Sithole of Ncube Attorneys told CITE in an interview that Muchehiwa was dumped about two kilometres from his family home in the wee hours of Sunday.

“Muchehiwa has been brought back home. They dumped him about two kilometres from his family home at around 2:30 am. He had serious injuries on his buttocks,” said Sithole.

“He was dropped by the same car that took him from his home and it had several men in it. He was told to run home from where they had left him.”

Sithole on Saturday had made a habeas corpus application at the High Court to compel the police to release Muchehiwa, in which Justice Martin Makonese ruled in his favour.

Justice Makonese cited that Muchehiwa’s detention by the police was illegal and unlawful and should thus be released immediately.

Muchehiwa had been missing for 48 hours after being allegedly abducted by suspected state security agents in the city centre while in the company of relatives Amandlenkosi Mathuthu and Advent Mathuthu.

Mduduzi, who is on the run, narrated to this publication the ordeal that his nephew suffered at the hands of his captors.

He said Muchehiwa was being kept by five people, who allegedly identified themselves as ‘Ferret’ at the police roadblocks.

Ferret is a joint team made up of police, army, prisons and members of the Central Intelligence Organisation.

“The captors would chain him and take turns to assault him. They took him to someplace out of town where there is some farming activity going on. There were two army trucks there. They gave him a sack and told him it would serve as his blanket,” Mathuthu narrated.

“At some point, they ordered him to pee into a container and drink his own urine. They gave him bread and isitshwala, both which he says had something off about it and he refused to eat. They assaulted him further for that, saying he was ‘wasting their money’ by refusing to eat.”

Mathuthu said he was disheartened that a system would gruesomely torture a twenty-two-year-old like that.

He said his nephew is currently getting help at a local medical facility for the injuries he sustained.

Mathuthu is accused of keeping and manufacturing subversive materials and allegedly inciting Zimbabweans to engage in public violence on 31 July. 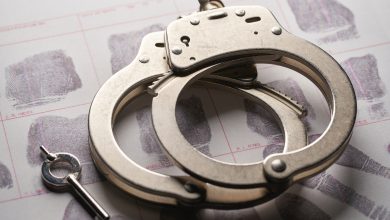