A former Zimbabwe National Army (ZNA) officer who was allegedly injured during training and subsequently discharged without any benefits is seeking financial assistance to undergo an urgent surgical operation on his right thigh.

Fortune Tshuma (23) joined the ZNA in March 2017 but around mid July that same year, he sustained serious injuries during training, which he has not fully recovered from and needs an emergency sequestrum operation.

A sequestrum operation will fix a piece of dead bone on his right thigh (femur) that became separated from his normal bone.

Tshuma needs just over US$1 000 to undergo the operation and the wound which measures almost 30cm is causing him serious discomfort as it is oozing puss and requires daily care.

The army discharged Tshuma on medical grounds in January 2020 and reportedly claimed it is was no longer liable for his treatment or medical bills, leaving him in serious pain – physically and emotionally.

His plight also reveals the challenges faced by those who incur injuries while in the army.

CITE caught up with Tshuma at his home in Magwegwe West, where he stays with his mother, Fadzai Tshuma (39) who is struggling to make ends meet.

Tshuma said after that operation,  the army had to back squad him to allow him time to heal.

Unfortunately he developed an infection and his healing process took longer than expected, which is why he has to undergo the surgical operation

“In January 2020, I was discharged without being told of any compensation since I was still on medical treatment. I’m failing to make a living due to this injury as I face limitations. Since then I have been in pain,” he said.

“I can hardly sleep. When I work hard, I feel the pain or the operation bursts. I can barely lift a bucket of water or walk long distances. Most of my surviving skills are based on hard labour, which I am unable to do because of my injury.”

Tshuma also wrote a letter to the ZNA KGVI headquarters in Harare in October 2020 but no reply came his way.

“Before I was discharged ZNA qualified doctors examined and approved that I was fit to join the organisation. After being discharged I was deprived of medial file and my signal of discharge which is contrary to the terms of Section 16 (1) of the Constitution on Public Service for Employees/ Police/ Prisons and Defence Statutory Instrument Regulations of 2000 that I  must be given my termination letter upon discharge or contact termination,” he said.

He also claimed he was discharged in January with one female trainee who had also incurred injuries.

Tshuma’s mother, who was visibly distressed, fumed that the army had even refused to give them his medical files, which contained his medical history.

“Initially when he was first admitted at Mpilo, the army did not notify me my son was injured. My son is the one who called me. When I went to see him at the hospital, the officers asked who had told me. I told them I stumbled upon him by chance as I  was there to see a nephew of mine,” she said

She also said when she wanted to have him placed in her care, the ZNA refused and said her son was “a property of the army.”

“Now that same army cannot take care of their property but dumped him. How am I supposed to take care of him. I have another child and we live with my young sibling. I work at a non-profit organisation that looks after mentally handicapped children I barely make a lot of money and I am the breadwinner, at least if my son was able to fend for himself it would be better,” she said

Contacted for comment ZNA spokesperson Lieutenant Colonel, Elphious Makotore asked for the questions to be sent to his email.

His brief response to the email was that the army was consulting stakeholders to gather background information on the matter.

“We acknowledge receipt of your email on the above subject. Please be informed that we are working on gathering all the background information from stakeholders and will respond soonest,” read the email response. 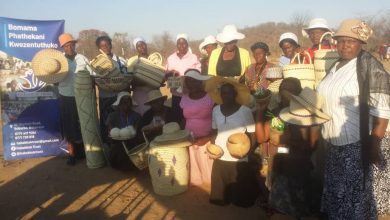