COMRADE Thomas Ngwenya was never my deputy in Logistics and Supplies, during the Military Planning Committee era, in ZPRA, or ZIPA, in Mozambique.

During the era of the Military Planning Committee of 1965, my deputy was Comrade Moffat Sikhosana, who was trained in Algeria with Rogers Mangena and others.

Sikhosana, disappeared into the Copper Belt in Zambia, in 1968 where he was recruited from.

My next deputy as Chief of Logistics and Supplies was William Ndangana, from ZANLA, under the Joint Military Command (JMC) a military command formed between ZAPU and ZANU in Mbeya Tanzania, in 1972.

The joint meeting had laid down principles that if the Chairman of the JMC came from ZAPU or ZANU, then the Deputy should come from the other Party.

The head of the army should come from the Party of the Deputy Chairman.

This principle was followed when ZIPA was formed in Mozambique, in 1975. Therefore, Comrade Ngwenya could not have been my deputy given that agreement. Edmond Kaguri, from ZANLA, was my deputy, in ZIPA.

When ZPRA was reorganised during its formation, as CS4, I did not have a deputy. Neither one of us in the Command had until later after ZIPA, when everyone was back in Zambia.

Comrade Ngwenya, went to Mozambique as the official driver of the ZPRA Commander, in ZIPA, ROGERS MANGENA.  A Land Rover for the Commander was purchased and officially handed over to Comrade Ngwenya.

Unfortunately,  the situation was very hostile against ZPRA. ZANLA and FRELIMO soldiers attacked Ngwenya and captured his Land Rover.

In their excitement for capturing the land rover, they went for a drink to celebrate their victory. They were involved in an accident,  the Land Rover overturned killing all the seven occupants, and the car was a right off.

Comrade Ngwenya and other ZPRA combatants including Abel Mazinyane, Kelly Malaba Baleni and others who numbered up to 39 were arrested on 04 March 1976 and sent to Tete for detention. Their release became a permanent standing order for the ZAPU Chief Representative in Mozambique.

Therefore, the reports that appeared in the press that Comrade Ngwenya was my deputy and he also did not even know where I had disappeared to during  1976, presumed to have joined ZANU only to appear at independence in 1980.

Only a Rhodesian Special Branch member could say that because that was their mission to misinform. I never left ZAPU as claimed. How could I have participated as a delegate in the formation of the Patriotic Front in 1976; how could I have been in the commission of inquiry to look into the collapse of ZIPA which included George Silundika, Dabengwa, Ambrose Muthinhiri, Gordon Mnyanyi and Mphoko. How could I have recieved Jason Moyo, Joseph Msika and George Silundika if I was not ZAPU? How could I have been a military delegate of ZAPU, at the Lancaster House Peace Talks if I was ZANU? At the Conference, I went in with Akim Ndlovu, Valerio Sibanda.

Dabengwa and Ushewekunze went in representing the political leadership. However, those responsible for this miss information don’t say when I came back to rejoin ZAPU. Dabengwa sent his wife Zodwa Khumalo to Maputo to stay with us. He specifically requested that I should assist her to cross into Swaziland for shopping. I have a photo of my wife, Zodwa Dabengwa and Everleigh Mhlanga. How could Dabengwa send his wife to me if I was ZANU? 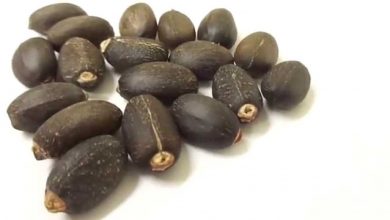 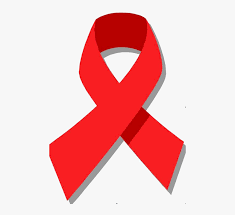