Inconsistent funding of the Gwayi-Shangani dam in Matabeleland North is hampering its completion, a ZINWA official has said.

The project which was awarded to China International Water and Electric Corporation (CIWE) in 2003 has faced a lot of false starts mostly attributed to funding.

Once complete the multi-million dollar project is envisaged to end Bulawayo’s perennial water challenges while creating a greenbelt along its 240km path.

The dam will be the third-largest man-made inland water body after Tugwi-Mukosi and Lake Mutirikwi.

Briefing the minister of state for Presidential Affairs and Monitoring Implementation of government programs, Jorum Gumbo before a tour of the dam on Thursday, ZINWA resident engineer, Paul Denge said inconsistent funding remained a challenge for the project.

The project slowed down again due to inadequate funding between 2015 and 2019 before the contractor withdrew from the site. Work eventually resumed in March 2020 before being suspended again for one and half years due to the outbreak of the coronavirus until its resumption in March this year.

He said they were still confident that the project which is now at 40 percent would be completed by December 2021 on the condition the funding issue was addressed.

“The overall progress so far is 40.08 percent complete. Works are in progress, the site is fully established in terms of plant, equipment and workforce. To date, a total of 39.670m of concrete has been placed out of the estimated total of 274.350m required to complete the project. Once we get consistent funding we should be able to complete construction by 31 December 2021.”

Eng. Denge said they were in the process of evaluating tenders for the construction of the 240km pipeline to Bulawayo with the awarding expected in two months time. The pipeline project is expected to be completed by December 2022 if consistent funding is availed.

He added that there were yet to identify land for the resettlement of about 350 families that are going to be displaced by the project.

“The Ministry of Local Government and Public Works were engaged for evaluation of homesteads, infrastructure and services affected by the construction of the dam. Budgets which they submitted kept being eroded by inflation before the funds were availed. Around 350 homesteads are going to be affected by the project and most are on the Binga side of Lubimbi.”

Government set aside ZWL4.5 billion in its 2021 national budget towards the completion of the project. Minister of State for Provincial Affairs and Devolution for Matabeleland North, Richard Moyo said the project was crucial for the region arguing that it was going to contribute towards its GDP.

“This project is not only going to bring relief to Bulawayo but will improve livelihoods as irrigation schemes and fish farming will be established along it’s corridor. Besides that tourists attractions brought by the flourishing dam such as boating and other recreational activities thereby contributing to the region’s GDP. “

Communities in Tsholotsho, Lupane and Umguza districts where the pipeline will pass will also benefit through off takes. 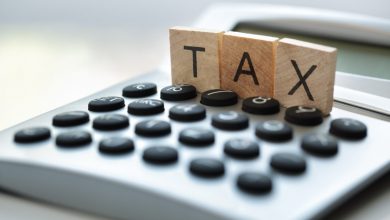