In light of unpredictable weather patterns, resulting from climate change, the government has aside financial resources to cater for the unforeseen drought next year.

This comes at a time when the government is importing grain to feed starving citizens following a poor previous cropping season.

In August the government was forced to set aside ZWL$1, 67 billion towards drought mitigation in the midterm fiscal policy review.

According to the United Nations World Food Programme (WFP) about 8, 5 million Zimbabweans are at risk of food insecurity.

The Zimbabwe Vulnerability Assessment Committee (ZIMVAC) 2019 report, on the other hand, estimates that 5,5 million of the food insecure people are in rural areas.

Unveiling his ZWL$58.6 billion 2020 budget, Thursday, Finance Minister, Mthuli Ncube, said over the years, Zimbabwe had been experiencing severe droughts at a rate of 1 in 10 years and mild droughts of 1 in 3 years, affecting the country’s economic growth.

“Government is, therefore creating a fiscal buffer to the tune of ZWL$165 million to cater for drought shocks, as well as strengthening the early warning systems,” said Ncube.

“It is evident that the economy is agro driven resulting in booms in good agriculture years and lows in bad rainfall periods, especially drought years.”

While the Meteorological Services Department has predicted normal to above normal and normal to below normal rains during the first and second half of the current cropping season, Ncube said the possibility of another drought could not be ruled out.

“There are chances that 2020 would experience another unpredictable season,” he said.

“These developments, if they materialise, may escalate government expenditures on grain, infrastructure rehabilitation and disease control.”

Ncube said other drought-proofing measures such as investment in irrigation infrastructure, dam construction and desalination as well as research and extension services, adoption of drought-resistant varieties would be put in place during the 2020 agricultural season.

“Under the 2020 Budget, irrigation development is receiving top priority in order to guarantee food security in the country,” explained Ncube.

“Government will, therefore, target enough irrigable hectarage for support to guarantee grain production of around 1.8 million tonnes. For this purpose, capable farmers with irrigation facilities will be identified with a view of contracting and supporting them to produce required grains specifically for food security.”

He said the 200 hactare per district irrigation programme would be supported, taking advantage of Smart Agriculture, which also promotes solar irrigation systems.

“For the total irrigation programme, the budget provides ZWL$422.8 million,” he said.

“The private sector is also invited to contribute in irrigation and other related infrastructure development for agriculture. This includes investments in de-siltation of rivers and dams to restore the water ecosystem.”

The Finance Minister allocated ZWL$165 for the procurement of weather radar system equipment as a way of strengthening the country’s early warning weather reporting system.

“Agriculture remains a major driver of growth, and is projected to expand by 5 percent in 2020, on the back of better expected rainfall and forward planning,” he said.

“Government is also embracing Climate Smart Agriculture (CSA) which harmonises agriculture development with environment protection and reduction in vulnerabilities to climate change. In line with this thrust, emphasis will be on better planning, shared financing burden between government and private players, productivity which also relies on irrigation and marketing systems which guarantee farmer viability.”

He added that the 2020 budget was a turning shift from ad-hoc planning to forward planning, particularly in terms of availability of inputs on the market.

“Therefore, the budget will, starting in January 2020, establish an appropriate financing plan which causes early build up and ring-fencing of both local currency resources and forex in support of domestic inputs producers and critical imported inputs.

“This resolves the challenge of agriculture demands competing with other programmes for both domestic and forex resources during the last quarter of the year, which apparently coincides with the start of summer cropping season.” 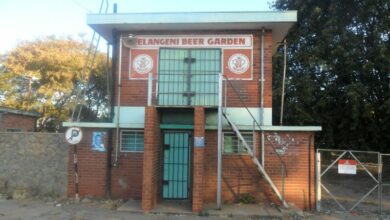