SIX miners, whose mine shaft collapsed on Tuesday last week at Matshetshe in Esigodini are still trapped underground with little or no efforts having been made so far to rescue them or retrieve their bodies.

The miners, four of them from one family, were trapped underground after a mine shaft they were working in collapsed after heavy rains pounded Matshetshe, Esigodini in Matabeleland South last week Tuesday.

The mine is reportedly owned by one Sakhile Ndlovu who, however, disowned it.

“Nothing has been done so far and we are so disappointed by this delay. The Ministry of Mines is totally to blame. They want to do many procedures where it’s not necessary. Human beings’ lives are no longer guaranteed,” Zimbabwe Diamond and Allied Minerals Workers Union general secretary Justice Chinhema, said.

Chinhema said officials in the Ministry of Mines and Mining Development in Matebeleland South needed to be investigated for corruption and negligence.

“They need to be investigated especially those in the inspection department. They are the ones who are causing all these problems. If they enforce laws without corrupt minds, some of these mines would have been closed and no one would work on them,” he said.

“They have denied families and community to try retrieving their colleagues’ bodies.”

Umzingwane district development coordinator, Peter Mahlathini, who chairs the district Civil Protection Unit (CPU), declined to comment when CITE asked him what efforts they have made so far to retrieve the bodies.

He, instead, referred all the questions to Matabeleland South provincial police spokesperson Chief Inspector Philisani Ndebele, who also, when reached for comment, referred CITE back to Mahlathini.

“The issue is now under the CPU, they are the ones in charge now not the Ministry of Mines. We submitted everything to them. We are waiting for the CPU. Call the person in charge there (Mahlathini) you will be advised accordingly,” he said.

Zimbabwe Miners’ Federation (ZMF) chief executive officer Wellington Takavarasha said most small scale miners were not adhering to safety standards like timbering their mines or having a sketch of the underground layout of the mine.

Without a sketch of the underground layout of the mine, it’s difficult to render rescue services in times of disaster as the whole area would be unsafe, he said.

“The mine owners are only interested in gold without adhering to safety standards like timbering their mines. Despite the mine being productive, there is no adherence to personal protective equipment,” Takavarasha said.

“As long as the mine is not timbered, it is bound to collapse. As ZMF we don’t condone going underground without adhering to safety standards. There is a need for our miners to be educated on these things for their safety,” he said.

Govt taken to task over the slow pace of rural electrification 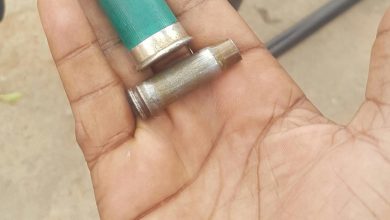