Villagers in Donsa, Silobela under Chief Malisa have expressed concern over the increase in stock theft cases, amid revelations that cattle rustlers from neighbouring villages were responsible.

Community members who spoke to CITE said they were losing their source of livelihood and called on the police to investigate and arrest the suspects.

“Most of the villagers here are losing their livestock to cattle rustlers from Ntingwe village, who connive with some of our villagers. We have reported this to the police but are not happy about how the cases are being handled. We ended up teaming up as villagers and approached the suspects at Ntingwe village after picking up information to the effect that they are the ones behind the disappearance of our livestock. When we got there they ambushed us and severely attacked us,” said Clifford Mpofu

Donsa village head Lameck Ncube said he lost five cattle recently adding that the problem has been ongoing for years.

Chief Malisa also confirmed the spike in livestock theft in his jurisdiction indicating that the crime has been in existence for a long time now.

“It is true that Ntingwe has been a problem for a long time but there is calm now after I installed a new village head called Mabhidli, the other problem is that there was no village head in the part of the area.”

Midlands acting police spokesperson Fungal Ngagare said he was not aware of the issue. 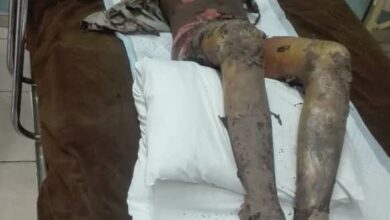