Hyenas are wreaking havoc in Umzingwane`s Bonjeni area, targeting villagers` livestock, with over 50 goats and several calves having been killed so far.

The villagers who are settled under Chief Gwebu are now fearing that the wild animals will attack them especially children.

Senior kraal head, Didizela Ndlovu told CITE that the wild animals have become a source of worry in the area.

“Hyenas are posing a serious threat to our livestock especially goats, sheep and calves. The problem is they are too many, once the sun sets they start hunting for food.

“We are therefore appealing to relevant authorities to assist us, personally I have lost 6 goats and two calves,” said Gift Marabambanda from Lambathema village in ward 4.

Some of the villagers said they have stopped their children from going to school out of fear that they will be attacked.

“Hyenas are wreaking havoc here at Esibomvu as they kill animals and are terrorising communities. As a result some parents have stopped their children from going to school as they fear for their lives.

“Due to the long distances they walk to school (going as early as 5am), many pupils have resorted to going to school later during the day,” villager who identified himself as Dewa.

California Mpofu blamed the department of national parks and wildlife for neglecting their duties.

“These animals must be culled or taken back to national parks. Honestly speaking we cannot co-habitat with problem animals that are killing our livestock and at the same time a threat to our children,” quipped Mpofu.

Mlungisi Dube from Diana’s Pool village said, “We are located at a mountainous area which is a capable breeding ground for hyenas and these animals are just too much for us to co-exist with them.

Dube said he has lost six goats and seven kids to hyenas.

Efforts to get a comment from the department of national parks were fruitless. 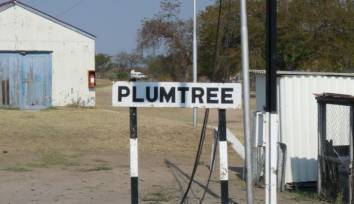