Opposition Movement for Democratic Change (MDC) leader, Nelson Chamisa, says while his party won elections in 2018 across the country’s cities, they do not have control over the same, with the ruling ZANU-PF party calling shots through the Ministry of Local Government.

ZANU-PF, which enjoys support in rural areas, runs most of the country’s rural district councils, while the MDC which appeals to urban voters controls most town and city councils.

“The biggest challenge we have had in cities is that we are in charge of the cities but do not control the cities,” Chamisa told journalists.

The MDC leader said it was regrettable that local authorities are not allowed to budget on their own, without the government interfering.

“You can’t even budget as a local authority on your own,” he bemoaned.

“Your budget has to be approved by the Minister of Local Government, again, a contradiction in terms of devolution and constitutional ideals.”

He added: “The third issue, you can’t even have borrowing powers of capital projects. Local authorities can’t borrow. They have to seek permission from the Minister of Local Government and Central Government. They can’t fire their own people. They have to be authorised by the government local body which is under the minister. So, local authorities are shackled and manacled by the acerbic and toxic politics of ZANU-PF.”

The opposition leader said it was rather unfair for local authorities to be blamed for failing to provide water to citizens because that does not fall under their purview.

“You look at water; people will be looking to the MDC, but in terms of the laws of this country, in fact, in terms of the Water Act, I think it is Section 3, the President is the owner of all water sources and water bodies. That’s according to the law,” he explained.”

“Local authorities don’t generate water, they distribute water. Water is supposed to be generated by the central government through ZINWA (Zimbabwe National Water Authority) so you can’t blame a hosepipe for not delivering water to the garden because it is just a conduit.”

Chamisa further emphasised: “Local authorities are just a conduit yet they are blamed. 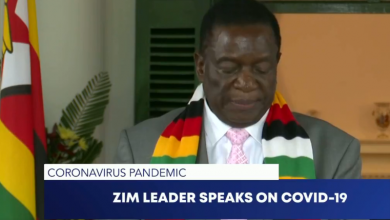 Teachers back decision to defer opening of schools