Former Speaker of Parliament, Lovemore Moyo has said the domination of Zimbabwe’s political landscape by two main political parties is not good for the country’s democracy.

The race in Zimbabwean elections has in the past always been between the ruling ZANU-PF and the opposition MDC and in the March by-elections, it was between ZANU-PF and the newly formed Citizens Coalition for Change (CCC).

Asked if his party – United Movement for Devolution (UMD) – stood any chance to win next year’s polls given what has happened in the past, Moyo said concentration on the two main political parties was a recipe for disaster.

He was speaking during the Breakfast Club, a CITE online daily programme.

“In a way, I would agree given the 26th March outcome of by-elections that lastly people align themselves to the two parties that you are mentioning and of course it is a correct analysis that Zimbabwe in a way has turned to a two-party state,” said Moyo.

“But that is undesirable in my view and highly undemocratic. That must not be allowed. My view is that we need to involve everyone and when I say everyone I mean the smallest party that you can think of. It must have input rather than allow a situation where two parties are dominating political discourse.”

He said such a scenario was impeding meaningful development and progress in the country.

“That would mean that if those two parties don’t have good policies people will continue to suffer,” decried Moyo.

“Our view is that the change that we want, we don’t want just change for the sake of changing faces but we want a change of substance where we will be able to have serious political reconstruction that would become and be effected. 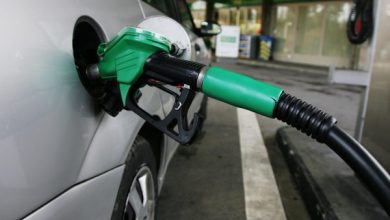 No changes in fuel quality: ZERA