Government and business people are involved in a dog fight, blaming the other for fuelling the strong black market that has distorted the prices of most goods and services in the country.

As a result, the biggest losers in this ‘dog fight’ are the ordinary people who struggle to make ends meet under the manipulated economic environment.

Analysts have also said if it is assumed the market was self-regulating, it meant the government had surrendered its political power or was a major player in the illicit financial market.

However, businesspeople shot back claiming the current economic conditions were unfavourable and called on the government to fine-tune the interbank currency as they are still failing to access forex.

Responding to CITE, Minister of Industry and Commerce, Nqobizitha Mangaliso Ndlovu said businesspeople were dishonest about why the interbank currency market was failing, as it was the exporters who generated foreign currency and had to offload their foreign currency to importers

He added that those who claimed the government was involved in the black market could ‘never supply a grain of evidence’ to that effect.

“Now it’s very important that we are genuine when we are discussing issues of national importance. We need to be sure that we do not unnecessarily contribute to the decay of our economy. I’m quite worried by the assertion that the interbank is not working and the indication that government could be in any way behind that,” he said.

The minister noted that when the interbank currency market was introduced, the exchange rate for the United States dollar against the local currency was around 2.5 while in the black market it was trading at around 3.5.

The minister highlighted that it was necessary to question who was constraining this trade.

“Where is government involved in all this?  That’s why I am saying we need to be genuine when we are discussing these issues when on the receiving end is the general public,” he said.

He added that there is evidence that the government has closed the tap on money supply, which the private sector had identified as the main driver of inflation.

Confederation of Zimbabwe Industries (CZI) president Sifelani Jabangwe was quoted saying: “With the volumes at the (interbank market) at the moment, can anyone who requires currency go on to the market and actually access currency? At the moment, that is not happening. Fine-tuning should do with predominantly the starting rate because with a commodity that is in short supply, if you go in at the low end of the price as what is happening, you will have a lot of buyers looking to buy since it is a deal, but sellers will not be there because they feel short-changed.”

The industry minister said government expected that the private sector should be honest with each other and say whether they wanted the interbank to work or not.

“Overemphasis on government distracts people from the right conversation, which has to be on the efficient price discovery of the exchange rate of the foreign currency itself,” Ndlovu summed.

Critical studies scholar, Khanyile Mlotshwa said the tug of war between the government and the business sector has been going on since 2000.

“The black market in Zimbabwe has always been there but rose in a strong way after Black Friday in November 1998, and we all know how in the following years we all lived painful lives in Zimbabwe where prices were determined by anyone, anywhere.

“At least Robert Mugabe effected price controls to show that he is in power, and in charge, to take responsibility. But the refusal by the Emmerson Mnangagwa regime to effect price controls is, first, effectively working with the black market, second, it is political irresponsibility,” he said. 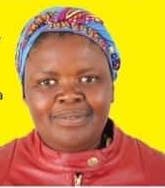 I am raring to go: CCC’s Bulilima by-election candidate