Dr Mpofu has reportedly hired armed personnel to keep them out.

Malunga, Dhlamini and Moyo bought Esidakeni in 2017 from former white farmers through Kershelmar Farms (Private) Limited but are struggling to retain ownership as the state acquired the farm in 2020 via a Notice of Acquisition General Notice 3042 that appeared in a government gazette.

Dr Mpofu was one of the farm beneficiaries, through his company Mswelangubo, was allocated 154 hectares of the total 553 hectares, which Malunga and partners argue is illegal considering he owns multiple farms.

Dr Mpofu moved into the farm last year in December when Malunga, Dhlamini and Moyo were already locked in another battle to remove another beneficiary, Dumisani Madzivanyathi, who was allocated 50 hectares.

In an interview with CITE, Dhlamini confirmed that Mpofu had started evicting their workers using the armed personnel to keep them out.

“They hired armed people with guns who are manning the place and are stopping people from moving in. Even us owners are not allowed to go inside. We understand the armed people are from one security company.”

In December, Malunga and partners were granted a provisional order to evict Madzivinyati from Esidakeni after he defied the initial court order.

The High Court order said should Madzivanyathi fail to comply, he together with workers claiming occupation through him would be sentenced to 12 months in prison.

Dr Mpofu has repeatedly denied links with Madzivanyatii, saying their fight did not involve him, as he had a right to move into Esidakeni.

Meanwhile, Dhlamini decried that their crops which had been planted before were dying, as they are not being tended to.

“We have three compounds where our workers stay and they went to one of them and evicted our people. There is no recourse, as we did try to go to the police, asking them to go put law and order there at the farm but police said without a court order they cannot do anything,” he said.

He added that their summer cropping activities had also been derailed

“They have disrupted our activities as we were supposed to be planting maize and onions derailing our summer cropping plans. They also moved into our fields and have done some ploughing,” Dhlamini said.

Dhlamini noted that at this point their hands were tied and could “absolutely do nothing.”

“It’s tough! We can choose to take the law into our own hands and deal with them but we don’t want to do that as we want to follow the law and will abide by it,” he said.

Mpofu’s mobile phone was not reachable went sought for a comment. 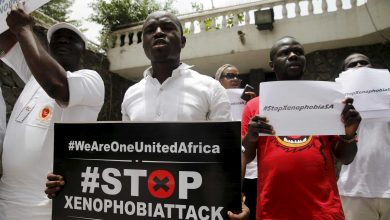 Parliamentarians concerned over the increase in armed robberies