Government has ordered hospitals to start recruiting nursing staff to replace thousands of nurses fired after they defied government orders for them to return to work.

About 14 000 nurses embarked on industrial action on Monday this week in protest against low salaries and poor working conditions.

However, in a statement on Tuesday Vice President Constantino Chiwenga said all those nurses that had continued with their strike had been dismissed from their duties and government was engaging unemployed and as well retired nurses to fill the vacancies.

“You are requested to recruit nurses to cover the gaps created by the nurses who were summarily discharged. Please ensure that your relevant teams are in place to facilitate the recruitment and assumption of duty with effect from 18 April 2018 by retired and unemployed nurses,” wrote Mr Makarawo.

“Any nurses who were expected on duty on the 16th and 17h and did not report as instructed are deemed to have been summarily dismissed,” said Makarawo.

The decision to fire nurses is likely to cause a crisis at government hospitals while government works on recruiting more staff. 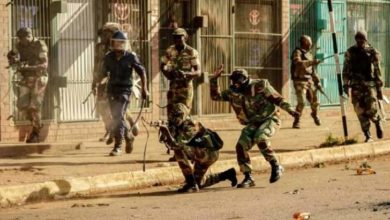