The United States has added State Security minister Owen Ncube and former Presidential Guard head, Anselem Sanyatwe to its economic sanctions list, months after it had designated the two and placed them on travel bans.

In a statement, The US Department of Treasury said Sanyatwe and Ncube were designated for their involvement in human rights abuses including directing an attack on peaceful demonstrators and political opponents in Zimbabwe.

“The Trump Administration will hold accountable corrupt Zimbabwean elites for their repressive and violent rule.”

The Department of Treasury said Sanyatwe was being designated for being responsible for, or participating in, human rights abuses related to political repression in Zimbabwe.

It said on August 1, 2018, security forces under Sanyatwe’s command fired live ammunition to disperse the protesters, resulting in the deaths of at least six individuals and many more injured.

Sanyatwe is accused of activating and deploying troops to multiple parts of Harare to attack and silence the demonstrators.

On the other hand, Ncube is accused of working with other Zimbabwean government officials, where he ordered that security services identify, abduct, and mistreat individuals assessed to be supporters of the opposition.

In addition, he is said to have used so-called “ferret teams” to abduct and beat individuals deemed to be a threat to Zanu PF.

Ncube is being designated for being responsible for, or participating in, human rights abuses related to political repression in Zimbabwe, the Department of Treasury said.

“Treasury joins the Department of State in urging the Zimbabwean government to take meaningful steps towards creating a peaceful, prosperous, and politically vibrant Zimbabwe, rather than using public resources to blame Zimbabwe’s ills on parties other than its corrupt elite and the institutions they abuse for their personal benefit. Today’s actions demonstrate the importance of Treasury’s Zimbabwe authorities and U.S. commitment to support their viability,” the department continued.

“As a result of Treasury’s designation, all property and interests in property of these individuals that are in the United States or in the possession or control of U.S. persons must be blocked and reported to OFAC (Office of Foreign Assets Control).”

Last year, the Department of State placed a travel ban on Ncube and Sanyatwe also for their involvement in gross human rights violations.

When the State Department placed Ncube and Sanyatwe on the travel ban list, Zimbabwe reacted very angrily, summoning the US ambassador, Brian Nichols to explain his country’s actions.

This is the first time that the two have been slapped with full economic sanctions.

The US also removed Ray Kaukonde from the list of economic sanctions.

The US recently extended its sanctions on Zimbabwe, again eliciting a very strong response from Zimbabwe which insists the measures are not justified and blame them for the economy’s freefall.

On the other hand, the US insists that Zimbabwe’s economic woes are due to an economic elite and failure of the African country to implement real reforms.

Residents petition council after going for a year without water 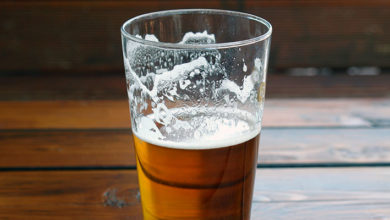