ZAPU, together with some members of the Joshua Nkomo family, has once again called for the exhumation of the late nationalist’s remains from the National Heroes Acre in Harare, saying he must be buried alongside his kinsmen in Kezi, as per his request before he died.

Nkomo, former Zimbabwean vice president and ZAPU founder, was buried at the national shrine in 1999.

Over the years, murmurs of displeasure have been made regarding Nkomo’s burial at the National Heroes Acre as this was done without his approval.

These murmurs grew louder following the death of the former president, Robert Mugabe in 2019, who was buried at his rural home in Zvimba, after his family ‘vehemently’ resisted calls to have him interred at the national shrine.

Calls to exhume Nkomo were once again made at the commemoration of former ZAPU leader, Dr Dumiso Dabengwa’s legacy at Ntabazinduna on Monday by party members.

Dabengwa died on May 23, 2019 and was declared a national hero but his family refused to have him buried in Harare, insisting that his wish was to be buried at eManxeleni in Ntabazinduna.

Addressing gatherers, ZAPU president and Nkomo’s son, Sibangilizwe, acknowledged that his father had expressed a wish to be buried at his rural home in Kezi.

“People have asked me how I feel about Joshua Nkomo at the heroes’ acre. It is painful knowing that your parent was buried where he didn’t want. I was outnumbered when I refused that he be buried at the National Heroes Acre as per his request. This is why I need your help because you knew he didn’t want to be buried there,” said Nkomo.

Nkomo stated his wish was that every year on July 1, when they met to commemorate his father’s passing, they would gather at St Josephs in Kezi.

“Nkomo wanted to be buried next to his parents and since this was my responsibility, I am also passing that responsibility to you as well,” he said while ZAPU party members concurred that the late nationalist be exhumed and his bones taken to rest at his rural home

In an interview on the sidelines of Dabengwa’s commemoration, Nkomo highlighted it was important to say this, as people had been asking about his father’s remains during outreach programmes.

“Yes, I can apply as his son through the Ministry of Home Affairs (to exhume him) but it’s up to the people to emphasise that they want him removed from that place, I cannot do it alone. It’s only the people that can make sure they don’t want Nkomo resting with thieves, liars and all sorts,” he said.

Nkomo noted the late nationalist had made it ‘very’ specific and clear on where he was to be buried.

“That’s a task I was given, which lives within me day in and day out,” said the ZAPU leader, lamenting that however he was unable to fulfil that request in 1999.

“I was part of the minority who wanted to honour that request. However, as an individual, I feel I still have to fulfil my father’s request personally. Mugabe’s failure to go rest there, says a lot. So, it’s about time Cde Joshua Nkomo goes home to his parents.”

ZAPU National Chairman, Mark Mbayiwa, stated heroes must not be forced to be buried at the National Heroes Acre.

“Mugabe created the heroes’ acre, perhaps he had hopes that as soon as he passes, he would be buried there but at the end of the day, he did not want to go to that same heroes’ acre. Obviously, something is wrong. It is unfortunate that uMafukufuku passed on earlier and probably thought Zanu would act in good faith after the 1987 Unity Accord but I want to believe if he had lived later than Mugabe, Joshua was not going to accept it,” he claimed.

ZAPU Matabeleland South provincial chairperson, Ndodana Moyo, concurred that as Nkomo’s province, they were ready to welcome his remains.

“Dabengwa is resting with his family, Mugabe is resting at Zvimba but what about Joshua Nkomo? What is he doing at Heroes acre? We want him at his home, resting with the other Nyongolos, next to his people. Hopefully by July 1 this year, when we commemorate his legacy, we do so at his home,” he said.

Member of ZAPU’s national executive, John Zolani Dlamini, noted it was sad that no government official had attended Dabengwa’s commemoration, which was an indication of how less they viewed him.

“They are not principled like Dabengwa and there is no hero who matches his status. Besides, their definition of what a national hero is has changed as they now honour killers and thieves. We, the few as we are here, stand for the truth. Now, the individuals they call heroes are filthy and that National Heroes Acre must be closed because it harbours thieves,” he said. 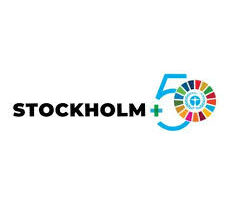