THE Bulawayo City Council (BCC) has come under attack for proposing to hold WhatsApp budget consultations, a process that was widely condemned by various stakeholders as ineffective last year.

Council held 2020 budget consultations via the WhatsApp platform citing Covid-19 restrictions on public gatherings but the process was dismissed by various stakeholders.

Despite objections to the WhatsApp consultations, the council says it will hold joint 2021 budget review and 2022 budget presentations via the same platforms between 29 and 30 September.

The Bulawayo Progressive Residents Association (BPRA) in a letter to BCC Town Clerk Christopher Dube called on the local authority to rethink the virtual consultations while also offering to organise public gatherings on behalf of the council.

“It is the position of the BPRA that BCC should rethink its decision on this matter. BPRA is willing to organise those meetings for BCC,” BPRA coordinator Emmanuel Ndlovu wrote.

Last year, critics argued the WhatsApp platform was not inclusive but discriminatory against the elderly and those without resources to buy the now expensive data to participate in the forum.

“The WhatsApp meetings were also inadequate for residents to make their contributions. Also due to the clashing times for these meetings, the most relevant council staff to the budget process such as Finance director (Kempton Ndimande) could not attend all meetings,” Ndlovu wrote.

“Challenges arose as some of the council staff members who were allocated to conduct these meetings could not articulate the financial figures and components resultantly leading to futile deliberations.” 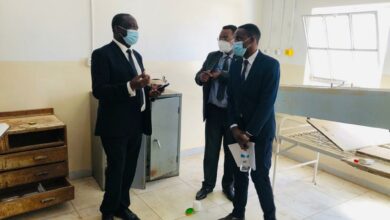 MDC Alliance to mobilise a million to join the party