A council candidate at Umguza district is set to appear in court on Tuesday  for allegedly causing chaos that brought the ZANU-PF primary elections to a halt in the Mguza  district on Sunday.

Sources close to the investigation said Kholwani Mbambo of Umguza, allegedly climbed on a chair and accused the polling officers of bias and belonging to G-40 after announcing that a bucket would be used as a ballot box for the elections, calling the procedure a stupid one.

Two ZANU-PF members who allegedly joined in the chaotic act were also  arrested at the scene and have appeared in court.

Bulawayo magistrate Franklin Mkhwananzi remanded the duo out of custody to May 8.

The court heard that polling officers at Umguza district provided a bucket to use as a ballot box and after the eighth vote was cast, chaos erupted as slogans were chanted and the bucket was destroyed and the ballot papers that had been cast already were torn.

Prosecuting, Maclean Ndlovu told the court that on April 29 at 1PM, Godfrey Ncube, a chairman for ZANU-PF at Ward 2 Umguza district approached voters in a bid to apologise for a delay in starting the voting process for the voting material was delivered late.

“During the voting process, Mutero started chanting slogans that the voting process was not being done in a fair manner and those monitoring were G-40 members. She resisted listening to what Ncube had said. Her actions created chaos and everyone joined in the slogans until the elections had to be stopped As the slogan-chanting carried on Mutikinyu grabbed the bucket that was serving as a ballot box and tore the eight ballot papers that had already been cast in before throwing them onto the mob.,” said Ndlovu. 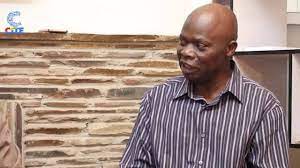