A decision by the Zimbabwe Revenue Authority (ZIMRA) to demand taxes in foreign currency has sparked outrage.

In a public notice, ZIMRA said they were local companies which were withholding and collecting Value Added Tax (VAT), Pay As You Earn (PAYE), Capital Gains Tax and other taxes in multi currencies.

Following this observation, ZIMRA, said these companies would be required to remit tax in the currencies they were trading in instead of using the Real Time Gross System (RTGS) or bond notes.

“Clients can remit their multi-currency taxes to ZIMRA through the following FCA Nostro (USD) accounts,” said the tax collector, which went on to list its foreign accounts with several local banks.

“While clients wanting to remit in hard currencies other than the USD can require with the above listed banks for the appropriate Foreign Currency Accounts (FCA) Nostro accounts,” read the public notice.

This was also seen as a subtle admission that the United States Dollar and the bond note were not at par.

David Coltart, a former cabinet minister and lawyer said ZIMRA was abusrd to demand taxes in the multi-currency system.

“This is indeed farcical and unenforceable. The regime cannot have it both ways. Either bond notes or RTGS bank balances are equivalent to US$ or they are not. If the Reserve Bank of Zimbabwe (RBZ) insists bond notes are equivalent legal tender then that tender can be made to ZIMRA,” he said.

Another constitutional legal expert, Fadzai Mahere, noted there was no legal basis for ZIMRA to refuse to collect tax in RTGS.

“It’s the national currency. (RBZ governor John) Mangudya introduced the irrational bond against our advice. The Reserve Bank Act says the rate is 1:1 between bond and US. A tender in RTGS is therefore legally competent,” she highlighted.

Alex Magaisa, a renowned legal expert, noted that government was admitting that the bond notes is not equal to the American dollar.

“In Zimbabwe, the Treasury and Central Bank insist that the Bond Note and RTGS are equal to the USD. In the corridor of power next door, the Tax Collector knows this is false and demands different streams of tax payments for each currency. All three departments fall under the same roof,” he said.

Social media users said if the government received its tax in foreign currency, it must also pay civil servants in US dollars, as “they can’t just take money and keep it to themselves.”

Some argued ZIMRA does not import anything so there was no basis of them asking for payment in forex.

“ZIMRA is a government tax collector. It collects money for its employer the government to spend. So if the government is earning US dollars logic suggests they pay it employees the Civil servants in forex.”

Others were of the view that ZIMRA’s idea was noble so the government could build its foreign reserves.

“Sounds quite intelligent. Until you ask what ZIMRA does with the funds that it collects. That’s the money that goes to treasury, and becomes part of your forex reserves. So it’s not about exporting, but building up state reserves.”

The RBZ governor has always insisted that the economy is operating a multicurrency system, with RTGS and FCA balances pegged at 1:1 with the US dollar.

“We should deal with fiscal rules and principles then things will come into shape and reduce our fiscal deficit. Now bond notes are not the issue, issue is the money in circulation. The reason why the rate is 1:1 is because there are essential products that we need import and have price stability,” Manguda was quoted saying 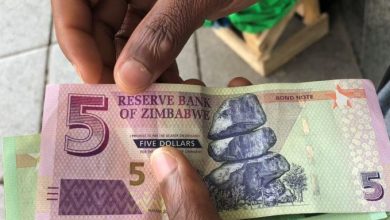 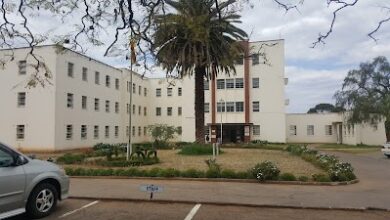