Zimbabwe is in an economic crisis characterized by an increase in prices of basic commodities and inflation, Former Finance Minister Tendai Biti said Thursday.

Biti, who is also the legislator for Harare East was speaking during a Twitter Space titled Uncensored with Mzala Tom on the State of the economy of Zimbabwe: Challenges of State Capture and Corruption.

Zimbabwe is experiencing runaway inflation, with prices of basic commodities such as cooking oil, sugar, and bread increasing.

“It’s a complete disaster, I want to start with inflation, I want you to go and read the IMF article 4 report that came out on the 8th of April 2022, it’s a shocking document because normally the IMF is nice to Government because it wants to do business on them. The IMF says our inflation in 2020 was 837 percent, if we say it, they will say the opposition is speaking. Thus, a terrible figure, the IMF also says the growth rate, 2019- 2020 Zimbabwe’s economy shrunk by 11.7 percent and the IMF uses the word Zimbabwe has been in a deep recession,” said Biti

“Happening in 2022 is nothing compared to 2020, things are terrible, if you go into a supermarket right now, a packet of meat is ZWL$26 000, a bottle of cooking fat is US$7, bread has gone up, our fuel is the most expensive in the World, a bottle of Mazoe is over US$5, sugar has gone up, prices are raping our people in Zimbabwe.”

He said the inflation has gone up 80 percent in the last two weeks alone.

“In 2008 we had inflation because the economy was overheating, we had a crisis of over accumulation, too much money chasing too few goods, what is the inflation at the end of the day. Inflation is the existence of too much paper money, broad money, the government said last week we control reserve money, we keep reserve money at zero, but the reserve money is not the challenge. The challenge is M3 broad money,” said Biti.

He went on to say the multi-tier pricing system was hurting the economy.

He added, “The exchange rate itself is shooting, we are in no man’s land, it’s like kick and walk football, economics is a science of logic, here in Zimbabwe we have a problem, there is too much money, they are generating too much money.”

“In March we had money financing by-elections, nobody told us the cost of the election, I think they might have cost around US$120 Million. That money is given to suppliers, they sell in RTGs, they go on the black market to monetize it but the biggest form of an increase in money supply, in fact, is that auction system which is rigged,” said Biti.

Tags
State of the economy of Zimbabwe: Challenges of State Capture and Corruption. Tendai Biti Uncensored with Mzala Tom 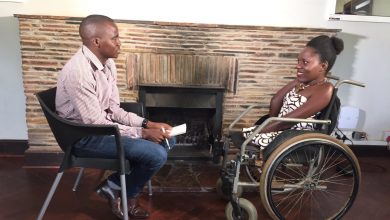