The Zimbabwe Electricity Supply Authority (ZESA) has insisted that it plans to go ahead with the demolition of two cooling towers at the Bulawayo Power Station in spite of strong resistance from the city’s residents, who insist that the structures must be kept intact.

In a lengthy statement, the power utility insisted that cooling towers 1 and 2 had to be demolished, as they had outlived their design life and “manifest advanced symptoms of deterioration, including holes and cracks right through their hyperbolic shells, which compromises structural and functionality integrity”.

“As such, the structures need to be removed to safeguard the general public, power station personnel, electricity generation equipment, buildings, functional cooling towers and neighbouring companies,” Zimbabwe Power Company (ZPC), a subsidiary of ZESA said in a statement on Friday.

ZPC said it was issuing the statement in response to an “outcry by the Bulawayo community”, over the planned demolition of the cooling towers.

It said it had conducted a survey of the towers as part of a feasibility study for a repowering project.

“Furthermore, the repowering project will require only four cooling towers, hence, the demolition of cooling towers 1 and 2 will not affect the operation and performance of the repowered plant,” ZPC said.

The power utility further said the upgrade of the Bulawayo Power Station required more space to accommodate CFBC boilers and auxiliaries and that meant the two towers should be demolished to make way.

“While ZPC appreciates the sentimental value towards the iconic towers by Bulawayo residents, demolition eliminates and ameliorates the aforementioned hazards, thereby, ensuring continued electricity generation in a safe environment and full restoration of the ‘Kontuthu Ziyathunqa’ identity through refurbishment of the cooling towers 3, 4, 5 and 6, which is to be done in support of the repowering project,” the power utility said.

Bulawayo Power Station was constructed and commissioned between 1947 and 1957 with a power generation capacity of 120MW, which has now dwindled to 30MW a day.

ZESA and the Bulawayo City Council are involved in a wrangle over ownership of the power station, with the latter also demanding royalties from the utility.

It was claimed earlier this year that ZESA had acquired the lease to the property where the power station sits, but the council insists this was done illegally.

When the story emerged that ZESA planned to take down the cooling towers, the city council said it was unaware of this, while residents group, Bulawayo Progressive Residents’ Association described this as a sideshow to the wrangle over the ownership of the property.

Legend has it that Bulawayo got the nickname Kontuthu Ziyathunqa from the cooling towers, as smoke always bellowed from the structures, an illustration of the city’s industrial prowess. 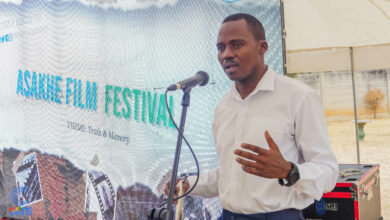 ‘We are getting somewhere on Gukurahundi’