As the Zimbabwe Electoral Commission (ZEC), works to finalise the delimitation process, it has the authority to reject recommendations made by Parliament and proceed with its initial delimitation report.

This assertion was made by Binga North legislator, Prince Dubeko Sibanda, a member of the 13-member Parliament Ad Hoc Committee that analysed the 2022 Preliminary Delimitation Report.

Sibanda stated that while the Ad Hoc Committee identified various flaws in the report that are inconsistent with Section 161 of the Constitution, ZEC has the option of rejecting them.

“The delimitation process is guided by Section 161 of the constitution and Section 37 A of the Electoral Act and has to adhere to such. Parliament can make recommendations and the president is also entitled to make his own recommendations within 14 days of receiving the delimitation report in terms of section 161 (8) of the Constitution,” he said in an interview with the Breakfast Club hosted by CITE.

After Parliament and the president make their suggestions, ZEC is given the opportunity to review those recommendations and make any necessary adjustments, but because it has the final say, it can reject them, according to Sibanda.

“Whatever decision ZEC takes is the final decision that would be taken in the report,” he emphasized, stating ZEC’s legal ability to reject the recommendations.

“Indeed in terms of the law, ZEC has the power to simply reject the recommendations and take them into consideration but for one reason or the other, reject them. We are unable to make effective recommendations.”

Sibanda, however, said their recommendations can be used for future reference.

“I believe whether the recommendations are rejected by ZEC they inform the processes of delimitation in future. Some of these things are meant for posterity, they are really not meant to be effected right there and then,” said the legislator.

Delimitation must adhere to the constitution and election law so in their recommendations, Sibanda stated the AD hoc committee began by making observations on various concerns that did not meet the legal level.

“In our report, we made 11 observations and four recommendations. The observations we made from the ZEC report are after we discovered certain ward boundaries were delimited or below the minimum and maximum threshold. There is a variance of 20 percent created in the constitution but some wards are above that and we listed those wards,” he said, adding they recommended that ZEC correct those thresholds and redraw boundaries.

“We believe you should not go outside the threshold because you have violated provisions of the constitution. No one should violate those provisions also realise that if you compare the reports of 2007, 2008 and current one description of wards and constituencies in this report, the information is a it insufficient,”

Sibanda said the public will be unable to tell where the boundaries are going but ZEC stated it would conduct voter education to educate people on those boundaries.

“We believe not everyone has to wait for that voter education exercise. People should be able to tell from the report itself that ‘in my ward, this is the boundary.’ But the maps provided by ZEC don’t have all that information, they are user-unfriendly and in that regard, the coordinate system used is so complicated, one can’t simply put the coordinates on google map as that requires sophisticated people in that area of expertise to be able to read them,” he said.

“ZEC did not provide information about population density and distribution making it difficult to relate population figures, their distribution and how they affected specific boundary or polling station decisions. Also, descriptions refer to topographic features that are not reflective on the map.”

According to the Ad Hoc Committee’s report, ZEC must use a simplified geographic coordinate system that expresses location in degrees, minutes, and seconds, so people can easily enter the coordinates on Google Maps to locate areas in their individual wards and constituencies.

ZEC stated that it employed the Geographic and Projected system, which is modern and is also used by other SADC countries, and that the coordinates on the maps are for professionals while the descriptions are for the general public.

While ZEC’s coordinate system was in accordance with contemporary mapping models in the SADC area, the Ad Hoc Committee said it was not prudent to prioritise regional benchmarks without considering the interest of citizens.

“We do not know whether the benchmarks being referred to by ZEC also extend to how electoral commissions must choose coordinate systems,” said the Ad Hoc Committee. 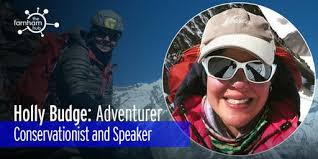