Zimnyama villagers in Plumtree are up in arms with the local traditional leadership for allegedly selling communal land to people from other areas.

The stands are reportedly being sold for between R500 and R1 500.

Villagers who spoke to CITE said the land being parcelled out was reserved for a dam project.

“Villagers who were initially settled in that area were told to vacate the area to pave way for the constructing of a dam by a certain donor and the Rural District Council. The area was fenced off but the project failed to take off and people started stealing the fence,” said one villager.

Last year, some people moved into the land in a move villagers said was illegal.

“Apparently the kraal head Zuma Mguni connived with the Headman and they started selling the land to people we didn’t even know where they were coming from, we only saw them moving in sometime last year,” he said.

Another villager said so far 30 stands have been sold including 30 fields.

“Six or so stands now have standing structures while three homesteads have already been settled. When I tried to interrogate them where they were from they started lying, however in a rural setup we know each other’s bloodline and it’s easier to tell if someone is not from within that area. The unfortunate part is that the Kraal head Zuma Mguni is now late and he sold these stands illegally, even his own family is complaining about the issue,” said the villager.

She added that the villagers are aggrieved as they were not consulted and the villagers who were initially evicted from the area were not given the option to reoccupy the land.

Contacted for a comment Headman Magcobabafuthi Mdlongwa said the issue dates back to the 1980s.

“In that particular land, people were actually settled by the late kraal head Zuma Mguni as it was under his jurisdiction. The other people were allocated the land by the late Chief Wasi since the land was vacant,” said Mdlongwa.

He said protocols in allocating the stands were followed.

“Protocols were followed because in a rural area when someone wants the land, the village head is the one who has the powers when he sees that there is vacant land then they refer them to the headman. My office was a referral office and the Traditional Leadership Act chapter 29:17 gives traditional leaders authority over traditional land secondly, section 282 (3) of the 2023 constitution says traditional leaders are not subject to the directive or any person or organ when exercising their duties except an act of Parliament,” said Mdlongwa. 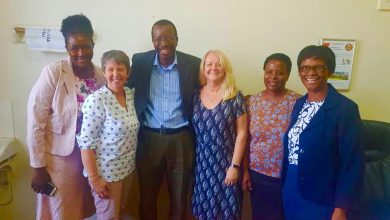