A government ban on cash in and cash out transactions on the popular mobile money payment system has affected Zimbabweans in neighbouring countries, who were using the service to send money to relatives back home.

The Reserve Bank of Zimbabwe (RBZ), on Monday issued a directive banning mobile telecommunication companies from using the service which was reportedly used to manipulate the foreign currency exchange rates.

The most affected was EcoCash which had over 50 000 agents left jobless with the central bank citing rampant abuse of the platform.

In 2015, Ecocash expanded its services to South Africa to help people send their money home.

In an interview with CITE, Director of the Immigration Advisory for Southern Africa (IASA) and Chairperson of the Zimbabwe Exiles forum (ZEF), Advocate Gabriel Shumba said a significant number of Zimbabweans in that country were now scared to utilise Ecocash agents to send money for their relatives back home as they fear losing their money.

“There are Ecocash agents in South Africa especially at Powerhouse in Johannesburg, most people were now utilising them for convenience but due to the news back home of the closure of Ecocash agents, people are now sceptical of using the services.

“The closure of Ecocash agents therefore means going back to the buses. Using the buses to send money means a delay and the risk is enormous,” said Adv. Shumba.

He however, accused service providers for failing to put a leash on their agents who were charging exorbitant fees to desperate customers.

“However, because of the extortionate charges from some agents, it means sharing almost or over half what we send home. The argument by Econet that it can’t control its agents is ridiculous and self-serving.

“At law, a principal is generally liable for the acts or omission of an agent. It is hard to believe that at the highest level, they are unable to detect and take corrective measures on electronic activities of their agents,” said Adv. Shumba .

“There is a general feeling that it was time for the government to act against the rot in that service. There is a serious need to clean up and protect the suffering masses from the daylight and night robbery that is taking place in Ecocash.

Advocate Shumba said it is high time to open up services for competition.

“Another suggestion given by Zimbabweans in Southern Africa is to open up the service to competition,” he said

‘ZEC composition and reporting structure, a recipe for a flawed election’ 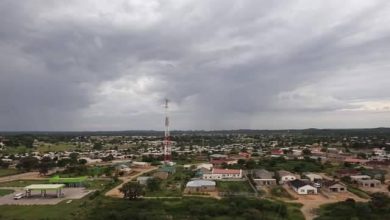