ZANU PF Bulawayo district coordinating committee secretary for youth affairs has been reportedly suspended after he publicly criticised President Emmerson Mnangagwa`s decision to compensate white commercial farmers who were displaced from their farms during the land reform programme.

Munashe Mtusa is accussed of circulating a message on WhatsApp criticising the recent decision by the Zanu PF led government to compensate the white farmers.

Last month the government agreed to pay $3.5 billion in compensation to the white farmers.

“One of the most stupid neo liberal decision with no aorta of ideological clarity or basis. A move made to impress Western Countries thinking that this will reduce or have sanctions removed.An insult  to the thousands of people who perished in Zambia, Mozambique and Zimbabwe for the liberation of this country. Its akin to urinate on the tomb of the unknown soldier. Ndini nda dero (I stand by my words),” Mtusa allegedly commented in a WhatsApp group.

The comment allegedly incensed the party resulting in the acting provincial youth chairperson Sibongile Sibanda summoning a meeting on August 6 which was attended by the pary`s DCC chairpersons.

Present at the meeting, according to the minutes seen by CITE, was Clive Mandipe from the Masiyephambili district, Ushe Jena from Nketa United district, Royce Ndlovu from Ward 25 district and Blessing Makamazi from Ward 26B district.

Mtusa and Tapiwa Samunderu from ward 5 district did not attend the meeting.

Chairing the meeting, Sibanda read the message sent by Mtusa and asked the attendees to comment on the message.

“Comrade Ushe Jena the Chairperson for Nketa United said while it is allowed to pass comments in a debate, in this case it is totally wrong to pass a comment on a decision that was made by the President,” read part of the minutes.

Contributing during the meeting, Mandipe said “he encourages all the youths to distance themselves from the sentiments of Comrade Munashe because he was totally wrong.”

After deliberations it was resolved that Mtusa be suspended from his duties and to undergo a disciplinary hearing.

“As district chairpersons we are not expecting our leaders who will be involved in this disciplinary issue to forgive him as it is difficult to work with someone who goes against the President`s decisions, what has been said by the President is not subject to debate,” the meeting resolved.

Meanwhile, Ward 25 youth chairman Royce Ndlovu, distancing the ward from Mtusa`s utterances said they were worried “now that we may be having some among us who are running with the hares at the same time hunting with the hounds or dogs.”

Acting Youth Chairperson Bulawayo, Sibongile Sibanda said she was not aware of the issue.

“I am not even aware of what you are talking about and I am not the spokesperson of the party, I hardly talk to journalists, there is a protocol on the procedure and I don’t even know where you are getting it from,” said Sibanda. 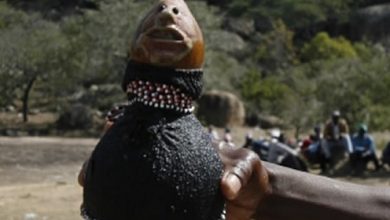 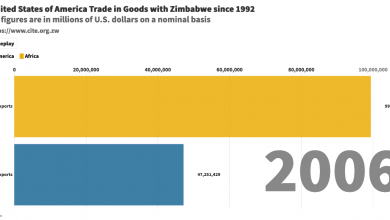 US Trade in goods with Zimbabwe since 1992