Young volunteers have been taking part in a 14-day voluntary anti-poaching programme in Hwange, playing their part in addressing the scourge of illegal animal hunting in the district.

Created in 2020, the anti-poaching patrol programme has so far accepted 14 intakes training volunteers on navigating the wild, while tracking both animals and poachers.

The patrol programme is a brain child of a local tour operator and a safari hunting business owner in Lobangwe, Matesti area, Wisdom Bushe Neshavi.

Neshavi said the objective was to conscientise communities, especially the young on the importance of nurturing wildlife.

“We should stop seeing animals as a source of cheap meat but learn to appreciate them,” he said in an interview with CITE.

“This is why I run an okatoie 14-day programme, a voluntary anti-poaching patrol programme, to try to curb poaching happening around the farmland we run.”

Most of the volunteers are the youth, who Neshavi describes as “the future leaders of tomorrow.”

“We have done 14 intakes and the participants are nature and bundu lovers who appreciate conservation,” he said.

“Some volunteers are aspiring tour guides or professional hunters who actually have licenses but lack the practical experience.”

With 18 years of experience running his safari business, Neshavi said they also used the programme to share ‘valuable’ information about the wild.

“We teach the participants how to identify animals and track them. We share information on the different types of trees, how to do navigation using natural aids and technology. We show the participants how to do bush camping using tents or without resources, how to find water, food in the field when lost and hungry. Importantly, we teach them how to track poacher spoors,” he said.

“This programme has been very helpful and our participants are embracing it very well.”

With almost 50 000 hectares of farmland between A1 and the A2 resettlement farms, Neshavi, also manager of Farm 52, said his hunting safari business was surrounded by vast land, which poachers took advantage of.

He noted that unlike poachers who killed animals indiscriminately, his safari business valued wildlife, as some of the hunting proceeds went to the community.

“Give us a Kudu, we sell it to a hunting client who will pay US$800 to US$1 000 while a poacher will sell the meat for $20. What’s the worth of USS$1 000 in the pocket of a community and US$20 in the pocket of an individual? If you weigh the two, you see that poaching is not doing us any good but actually is harming us,” Neshavi said.

“So, with this anti-poaching programme we are saying, ‘let us stop poaching but embrace the wildlife.’ These are natural resources and we need to nurture them for future generations to benefit. There’s nothing more painful than being asked to contribute so much to repair a school damaged by floods or winds than just taking out money from the wildlife account for your renovations.”

“Having that gap, poachers came in and started wiping out whatever they could. Someone could just walk in here with a snare to nail animals. We then decided we can’t just sit and watch this happen, so we came up with a 14-day voluntary programme to train people how to protect the wildlife,” he said.

So far, the volunteers have removed over a thousand wire snares since they started at the end of July 2020.

“This was during the first phase, when we found lots of animals caught on the wire snares and of course, more have gone to the pots,” Neshavi said, stating that at one time they found 134 wire snares around a water well.

“Imagine a kudu herd with 15 animals, who innocently come to drink water will be snared. But a poacher is able to only skin one kudu. What happens to the other 14 kudus? They become rotten meat and even the one that is captured, the poacher will skin it but be unable to carry the whole lot. He may sell some of the meat, dry some of it but the rest rots yet he goes to the beerhall to use that money.”

One of the programme aids, Bongani ‘Bongo’ Nyoni, admitted to be a former poacher who was “ignorant about sustainability but overtime understood the importance of nurturing wildlife.”

Nyoni, who boasted to be a ‘very’ fast runner, helps plan the physical part of the programme, noting that volunteers move all over the place and spend most of their time walking.

“Usually, we try to scout the whole 50 000 hectares and we aim to do that in 14 days. Walking is not easy but we try what we can. We have areas or red zones that we have identified as hotspots so we try to cover those as much as possible,” he said.

“We have morning runs and drills for the disciplinary aspect. Some local guys and one woman, an ex-national parks official assist as well. We are a team and share responsibilities, helping each other handle the programme. Remember some of these participants that come here do not know the bush, most of them are first-timers so we can’t just release them and say go where you want to go, surely, they won’t come back.”

Neshavi narrated an incident where two of the volunteers got lost after they lagged behind.

“They were lost for two days. Instead of finding their way to camp, they walked in the opposite direction and ended up at Matesti river, next to a poacher’s camp. They found the poachers skinning an impala and drinking locally brewed beer from a 20-litre drum. Sensing they could be attacked if they revealed who they were, they claimed to be tracking lions for research and were tired,” he said.

“The poachers hosted the two to lots of impala meat and beer. Next morning, they were shown their direction. It is only after the two had left that these poachers learnt they were part of the voluntary anti-poaching team. Can you imagine what would have happened?”

Despite the heavy demands of the programme, Neshavi said the volunteers self-funded themselves.

“Everyone contributes towards the meals and logistics but at the end of the day, the money is not enough so we end up getting into our own pockets to supplement. It’s also not easy but for the love of wildlife it has to be done,” he summed up. 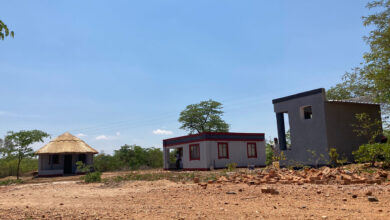 Save Conservancy backs translocation of game