Health experts emphasise the constant washing of hands as a Covid-19 preventive measure, but for Gwanda residents particularly those residing at Spitzkop, this is near impossible owing to water shortages.

Spitzkop residents endure serious water shortages, exposing them not only to Covid-19 but to other water bore diseases such as cholera, diarrhoea, typhoid, and dysentery.

In Bulawayo, about 130 kilometres away, water shortages have resulted in an outbreak of diarrhoea that has claimed 13 lives.

Over 1000 Bulawayo residents have been affected, according to the Bulawayo City Council (BCC).

For Gwanda local businessman Joseph Makwakwa, shortages of the precious liquid in the area have presented a business opportunity for him. Makwakwa mounted a 5000-litre JoJo tank at the Njanji business centre at Spitzkop back in 2016 where thirsty residents access the precious liquid for a fee.

He sources the water from a borehole he drilled at the shopping centre where he also owns a shop.

“My initial plan was to drill only 7 metres to cater for the shops but seeing the crisis of the Spitzkop residents I then drilled 48 metres and that is why am able to supply more than 1500 people with water per day and am very happy to help many lives even during this pandemic but for a fee,” said Makwakwa.

“I thought it was wise to give back to the community by drilling the borehole and installing the JoJo tank but again I am after making profits since nothing is priceless and I charge each bucket ZWL$3,00 and the money goes to paying electricity bills and fuel for the generator when there is no electricity.”

One resident Sisa Nyathi expressed the joy of having to get safe clean water nearby but bemoaned the fact that not everyone has money to purchase water, forcing them to rely on unsafe water sources.

“We are appealing to the city council to provide water for us at our homes through our taps because to fork out money for any everyday essential is difficult for some of us since we are not working we used to survive as vendors before the lockdown,” said Nyathi.

Nyathi says she needlessly loses money buying water daily. Under normal circumstances, she would be paying her water levy fees at a far lesser price compared to a situation she is forced to fork out money every

Mongameli Phiri said it will be a miracle if Spitzkop does not emerge as a Covid-19 epicentre in Gwanda.

“It will be a miracle as this location is now at a greater risk of the Covid-19 because it is difficult to practice social distancing at the borehole where there will be long queues throughout the day,” Phiri lamented.

The town’s water shortages are fuelled by the squabbles between Zimbabwe National Water Authority (Zinwa) and the Gwanda Municipality over control of the resource.

Gwanda Municipality argues that Zinwa must hand over water and sewerage management to it in line with the urban council acts which vests the management of the service to local authorities.

The government allowed Zinwa to take over all water functions countrywide in 2006, a decision that was later reversed following protests from local authorities.

However, Zinwa still controls the water supply and sewer infrastructure of some councils such as Gwanda.

Gwanda residents have in the past petitioned parliament, the Water ministry and even taken Zinwa to court over the issue.

Gwanda Residents Association (GRA) secretary-general Bekezela Maduma Fuzwayo argued: “what is more saddening is the fact that while the whole world and fighting against the Covid-19 pandemic, here we are still crying for safe clean running.” 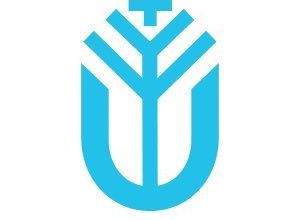