The inaugural Bulawayo Marathon has been postponed indefinitely due to the Cholera outbreak in the country.

The 21km race was slated for September 29.

Speaking at a press conference on Friday, Bulawayo Athletics Board (BAB) chairman Manuel Mpofu said the postponement was in the interest of the public.

“In the interest of public safety with regards to the cholera outbreak around the country, the Bulawayo marathon has been postponed to a later date towards the end of October or early November,” said Mpofu.

He said the event organisers had resolved to postpone the race as a precaution.

“The organisers of the event are concerned with the possibilities of any risk or exposure to the public and the school which is the chosen centre of activities for the event,” said Mpofu.

He said they have been inundated with requests from athletes wanting to know the prize money.

“Athletes have been requesting to know the prize category but we told them to be patient because this is an inaugural event and we advised them that maybe in a week’s time organisers will be ready to announce the prizes,” said Mpofu.

He added: “As custodians of athletics, that’s our major focus whenever we have an athletics race, the prize category is supposed to be the epicentre of everything so that it attracts athletes to come register.”

He said the Bulawayo marathon is an event that is meant to promote celebration of life and health as well as promoting the city’s image and heritage.

Bulawayo Marathon Company representative Jackie Chirambaguhwa, said despite the hurdles they are happy with the interest shown by athletes.

“We were expecting a minimum of 800 participants but then from the interests the race has been gathering not just in Bulawayo but across the country, we are expecting a higher number,” she said. 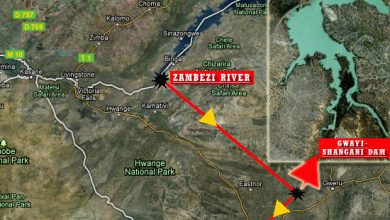