The program known as Pathways was funded by the U.S. President’s Emergency Plan for AIDS Relief (PEPFAR) through the United States Agency for International Development (USAID). The five year  programme will offer services to 250 000 HIV-affected orphans and vulnerable children, 59 500 households, and 15 000 vulnerable youth.

“USAID’s Pathways program will ensure that HIV-affected and infected children can access health services, including HIV prevention, care, and treatment, as well as prevention of and response to gender-based violence,” stated USAID/Zimbabwe Mission Director Stephanie Funk.

Pathways will be implemented in nine districts in the country which have a high HIV burden. “Pathways will put communities on a path to self-reliance by building capacity in local institutions to provide a comprehensive set of services that improve health, nutrition, and psychosocial wellbeing of HIV-affected and infected children.

The programme will be implemented by Catholic Relief Services (CRS) in collaboration with key stakeholders, including the Ministry of Labour and Social Welfare, Ministry of Health and Child Care, the Ministry of Primary and Secondary Education, Child Protection Services, communities, and others.

Although much progress has been made in the past decade, HIV remains one of the top health threats facing the people of Zimbabwe. Since 2000, over 1.2 million adults have died from AIDS, leaving 16 percent of Zimbabwean children orphaned by one or both of their parents.

For more than 30 years, the American people, through USAID, have contributed over $3 billion in assistance to Zimbabwe. Current projects include initiatives to increase food security, support economic resilience, improve health systems and services, and promote democratic governance. 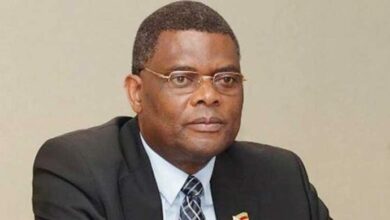