In Zimbabwe, the women’s proportional representation policy, in its current format and nature has failed to politically empower women.

The Zimbabwe constitutional women’s quota system was designed to empower women through increasing the number of women in political positions by reserving seats specifically to be occupied by women. This policy has managed to numerically increase women’s representation in parliament from 18% in 2008 to an average of 35% in the 2013/2018 electoral cycles. As an empowerment tool, the quota system has to be looked at and evaluated on various levels apart from just the numerical representativeness in parliament.

In real terms then, it can be concluded that the quota system has not increased the number of women entering and or participating in politics. The quota system benefited women who were already in politics and strategically positioned in parties, thus only cemented their hold on power through extending their stay in office.

Scholars and even some parliamentarians agree that women who have been privileged to join politics through quotas have not been afforded equal respect as their other counterparts who are in parliament through the ballot. Proportional representative parliamentarians are viewed as being in the house for tokenism as a favour and not through merit. While the quota system was introduced in 2013 and led to an increase in women in parliament and senate, there however exists no direct relationship between quota system and gender equality in terms of allocation, access and control of political resources.

Participation by the proportional representation parliamentarians and Senators in deliberation in their respective houses is said to be very low and their visibility and participation is close to non-existent at constituency level.  On the 12th of March 2019 when the motion for the extension of the proportional representation policy was being debated, only five female legislators excluding the Deputy Speaker officially spoke (debating, raising a point of order, a point of privilege, seconding motions or even seeking clarifications) in the National Assembly compared to 20 male legislators.

An alternative approach, still upholding the principle of allocating a women’s quota may be needed to create a rotational system of reserved women’s seats from amongst the total number of existent constituencies, senatorial and local authorities. This approach will mean Zimbabwe completely abandons the additional non-constituency quota seats.

Through the aabove-proposed approach for every electoral cycle, a minimum of 30% of the constituencies (parliamentary, senatorial and or local authority seats) will be reserved for women. ZEC as the independent electoral management body must be mandated and capacitated to rotationally allocate proportional quota seats every electoral cycle for at least the next three electoral cycles.

This approach will in one sweeping move address the following issues noted as weaknesses of the current quota system: 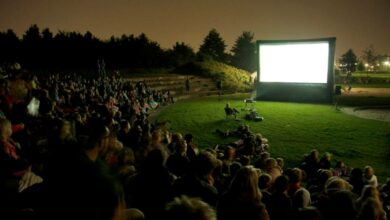