The medical screening of people with ambiguous genitalia started on Wednesday at Mpilo Hospital in Bulawayo but the institution’s initiative seems to have a caused a stir from some sections of society who see the process as genital mutilation.

Last week, Mpilo Hospital made a call to members of the public with ambiguous genitalia to register with them and undergo a medical examination to curb them from developing cancer.

Ambiguous genitalia is a rare condition in which an infant’s external genitals do not appear to be clearly either male or female.

Also referred to as hermaphroditism, the condition entails having both male and female reproductive organs in other words an individual has both ovarian and testicular tissue.

Now the preferred term to describe this discrepancy between external genitalia and internal reproductive organs are described by the term intersex.

However, Mpilo Hospital has since received criticism for carrying out the practice with some groups saying this was a sexual issue and the process – genital mutilation.

“There has been a lot of confusion about the noble cause with certain groups becoming involved in clinical matters. However, nine out of the 12 people expected came. Some probably had transport challenges,” confirmed Dr Solwayo Ngwenya, Mpilo’s Clinical Director in an interview with CITE.

He said those who attended for the screening were aged between three weeks to 19 years old but could not shed more detail about their conditions due to the doctor and patient confidentiality clause.

“Their conditions are confidential, personal and sensitive to discuss in the media. The people are going through immense psychological pains with no help from anyone, no explanation of what is happening to their bodies. We were moved by their suffering. They face fear, stigma and rejection by society. We hope that this clinic becomes their home,” the specialist said.

Dr Ngwenya revealed that the individuals who attended the screening would undergo various tests and would return for further management.

“New patients are still registering. There are groups that see this as sex change issues, gay and lesbian issues or genital mutilation. This is far from that,” he said seemingly referring to Gays and Lesbians of Zimbabwe (GALZ) and Trans and Intersex Rising Zimbabwe (TIRZ) who in previous reports fired a salvo at Mpilo for conducting this exercise.

Samba said: “many intersex people including children too young to understand or consent to unnecessary medical interventions have been traumatised by their experiences in medical settings.”

But the clinical director, a gynaecologist specialist, insisted that individuals with ambiguous genitalia are people who have a right to healthcare.

“They have complex issues that we must face head-on. Abandoning them will be a betrayal of their human rights to access healthcare,” Dr Ngwenya buttressed.

He noted that due to the confusion emanating from this process, the hospital even received correspondence from South Africa to the effect that Mpilo was violating human rights.

As to whether this screening was the proper procedure for these individuals and that no legal case could perhaps arise, Dr Ngwenya responded that:

“Patients are registered in the hospital and will be helped as per as other cases.”

According to the clinical director, ambiguous genitalia is a complex and sensitive subject that has become rife in Matabeleland province and South Africa mostly due to historical migrations.

One famous example of an intersex case that has attracted global attention is that of South African gold medalist and dominant star of modern athletics, Caster Semenya (28).

Since Semenya’s rise to world stardom in 2009, her gender and alleged possible advantages in her biology, have come under scrutiny.

She was subject to gender testing whose results claimed it showed both male and female characteristics including a higher than normal level of testosterone.

As a result, International Association of Athletics Federations ruled through a new track and field rule that restricts testosterone levels of intersex athletes in certain women’s events – from 400 metres to one mile, unless they underwent hormone therapy

Semenya has said she will not undergo hormone therapy to lower her naturally elevated testosterone levels.

The Big Flush: What you need to know 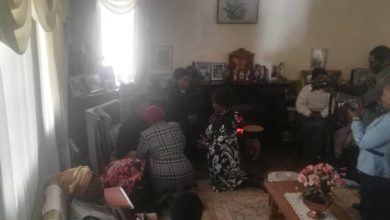 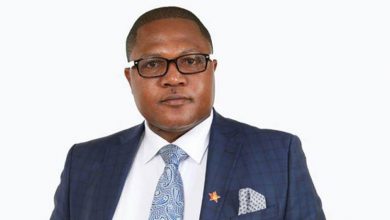