The Zimbabwe Electoral Commission (ZEC) has elevated Utloile Silaigwana as its new Chief Elections Officer, the electoral body has announced.

Prior to assuming his new role on 1 July, has been acting since March last year.

“Zimbabwe Electoral Commission is pleased to announce that it has appointed  Mr Utloile Silaigwana the substantive Chief Elections Officer with effect from 1  July 2019,” ZEC chairperson Priscilla Chigumba said in a statement on Wednesday.

Zec held interviews for the position in March this year.

Silaigwana was part of the ZEC secretariat which oversaw the running of the disputed elections which led to the formation of the inclusive government.

As head of the Zec secretariat, Silaigwana will oversee the running of the 2023 voter registration and the general elections.

Silaigwana has been with ZEC since its inception in 2005 starting off as Director Voter Education and Public Relations.

He was subsequently appointed to a senior position of Deputy Chief Elections Officer in charge of operations in  2007.

“Mr Silaigwana has 17 years experience in election management having served in the Electoral Supervisory Commission (ESC) between 2002 and 2005 as a Provincial coordinator,” added Chigumba.

Silaigwana is a former soldier and the opposition has been calling on Zec to rid itself of all military and security personnel, saying their continued employment at the electoral body violated the Constitution and compromised the credibility of elections in the country.

In the run-up to the elections last year, Chigumba told the Parliamentary Portfolio Committee on Justice that at least 15% of the Zec secretariat of 383 members were “former members of the security services”. 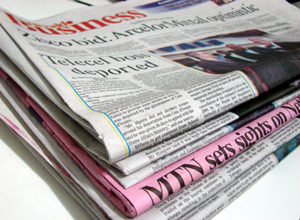