Religious leaders say Zimbabweans is suffering from a crisis of expectations which has created confusion on what is needed to solve the problems bedeviling the country.

This comes as calls for a national dialogue, among warring political parties, continue to be amplified.

Speaking to CITE, Wednesday, Theological College of Zimbabwe (TCZ) president Dr. Ray Motsi said due to the multi-layered challenges that have afflicted the country in the past decades, there was a clear confusion on the format the proposed dialogue should adopt.

“The problem is, who defines the topic, the agenda, the parameters, who is going to lead. If there is a problem say between the government and the opposition political parties, who is the mediator, who is going to come up with the agenda of what needs to be discussed,” said Dr. Motsi.

“These are the problems we are facing now and the generality of Zimbabwe in my opinion is suffering from crisis of expectation where because of our history and experience, every one of us has all kind of expectation and we do not know what to do and we are therefore believing that when the President (Mnangagwa) called for dialogue he is talking about what we have in our minds”.

Dr. Motsi said a “having a conversation as a nation or dialogue is a positive thing that might lead to negotiations or mediation or whatever else”.

Zimbabwe Christian Alliance (ZCA) Executive Director Reverend Useni Sibanda concurred with Dr. Motsi adding that the new political dispensation had created a lot of expectation and the failure by government to deliver has created a lot of problems.

“There was a lot of hope and expectations post the elections many people expected things to change overnight. We have a crisis of expectation in terms of economic expectations, I think it was not just local people but when we said we are open for business even international businesses were saying we will come and invest in Zimbabwe,” noted Rev Sibanda.

“I would also say there is a political crisis because when we came out of the elections there were disputes and they translate into international concerns and those concerns lead to Zimbabwe failing to get money from international lending institutions and when you do not have money you cannot revive your industry”.

The clerics said the dialogues must be people oriented and all-inclusive and must not be a preserve of the political elite.

“It should not be political elites negotiating and sharing power,” said Rev Sibanda.

Dr. Motsi said Zanu PF had failed to solve the country`s problems and should allow other stakeholders to intervene in the crisis.

“We are in this situation partly because Zanu PF is in power and the sooner every Zimbabwean recognises that we have failed ourselves and we acknowledge that and we begin to find a solution among ourselves then we are able to move forward,” he said.

The religious leaders said the church had the capacity to intervene as a neutral arbiter and provide the platform needed to bring together various political stakeholders to the negotiating table. 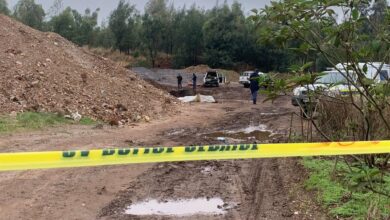