Two safari operators are reportedly locked in a bitter fight to control the lucrative Ngamo area on the outskirts of the Hwange National Park in Matabeleland North.

According to the locals, one of the operators, Imvelo Safari, is claiming total ownership of the area and has made moves to prevent Wilderness Safaris from operating there.

Ngamo is administered by the Tsholotsho Rural District Council (RDC).

According to an agreement with the RDC safari companies operating in the area must implement corporate social responsibility by developing the surrounding area.

Locals say Wilderness was the first operator in the area and showed an interest in educating underprivileged children through the Children in the Wilderness (CITW) programme, which facilitated sustainable conservation through leadership development.

“Academically gifted children were identified and sent to Tsholotsho High or Regina Mundi. When the children excelled, they went on to university, and some are now working outside of the country. Wilderness also constructed schools,” locals said.

When Imvelo Safari arrived, the locals welcomed them because they anticipated they would offer them more benefits.

“Locals were overjoyed when Imvelo brought in two rhinos, the first rhinos in Hwange,” they said.

However, villagers claim that tension began when Imvelo allegedly tried to push Wilderness out of the area, claiming they had been granted control of the area by Tsholotsho RDC.

“Imvelo says their concession extends right up to the village and any other operator who wants to come to the village must first seek permission from them. So, Wilderness finds that difficult for them,” said a local headmaster.

“lmvelo must appreciate that CITW is a non-profit making organisation hence their coming to Ngamo is purely project-driven, to help schools, women and communities. lmvelo should appreciate work done by CITW and treat them as partners in development not competitors in business.”

The local headmaster said lmvelo has to respect the community and know their concession ends with game viewing in the park and sanctuary area.

He added that Tsholotsho RDC should be taken to task as to why they gave Imvelo exclusive power to do as they please and to be the sole safari player.

“Council must revisit the whole contract with Imvelo so that the issue of exclusive zones is done away with,” he said.

“Council must create a bidding scenario where bidding process is done ward by ward out of the boardroom to curb malpractices which border on corruption, imposition, nepotism. In the end, our people should benefit from a wide range of helpers, not Imvelo alone. After all, lmvelo are not only ‘helping’ but rather they are repaying because they took away our grazing land yet Wilderness (CITW) did not take away even the smallest portion of our land.”

Worried about the unfolding development, villagers believed they were losing Wilderness after decades of collaboration.

Headman of Ngamo Village, Johnson Ncube, blamed the conflict on corruption within the RDC.

“The local authority assigns an operator to the area, so the RDC creates the problem. The conflict in the area is being fueled by councillors from the ruling party. The issue arose when the RDC granted Imvelo exclusive zones. People are afraid to speak up because of the political implications,” he explained.

“22 councillors were bribed in order to make people suffer as a result of what this operator gave them. Imvelo is concerned they will lose customers to Wilderness, a big company across Africa.”

“We go to tender after five years, and it’s renewed,” he said, noting the current contract will expire in 2024.

According to Siwela, Imvelo’s photographic tourism agreement is not exclusive.

“Check how many photographic companies are there in Hwange or Victoria Falls, they are quite a lot. Imvelo has one photographic area and can’t own all of them. This is a business, like a general dealer or a bottle store,” said the council chair who added the RDC had also renewed a Memorandum of Understanding (MoU) with Wilderness because it was loved by villagers.

“Wilderness has done valuable work for the community. Both operators were doing very well complementing each other’s work. I don’t know why Imvelo told Wilderness that it must consult them when going to villagers.”

Siwela stated that the RDC had met with both operators, as well as the custodians of the land – the chiefs.

“We had lawyers prepare a draft agreement to be signed so that they could collaborate. Matupula, I believe, does not want to sign the document. That bothers me as a Tsholotsho leader because when partners begin fighting, we become concerned.”

An official from Wilderness Safari could not be drawn to comment when asked.

Imvelo director for Community Development and Conservation, Njabulo Zondo told CITE they always had the concession rights, not Wilderness.

“Wilderness was using his other land for photographic uses and never had a safari agreement with council. Theirs was an MoU with the council to do social responsibility projects. That’s the departure point we must understand. The safari rights were never held at any stage by Wilderness, they were always with us,” he said.

“As the owners of the concession, we told Wilderness to continue helping communities in the area as long as they cooperated and let us know when they were coming,” he said, adding that this “was a gentleman’s agreement and it worked perfectly.”

“We understand Wilderness management changed ownership in the period leading up to Covid-19. The majority of the guys we knew have since changed, the senior management we worked with in this informal arrangement has left, and one has unfortunately died,” Zondo said.

Zondo stated the new management wanted to enter into a formal agreement with Imvelo two years ago, but they refused.

“Any kind of formal agreement would violate our contract with council,” he explained.

“We believe Wilderness recently renewed their MoU with council last year or so. They were also granted safari rights to enter our land in some ways, but the bottom line is that the MoU violates our contract.”

Zondo explained that tour operators had commercial contracts that prohibited two safari operators from operating in the same area at the same time.

“It doesn’t work and is not the safari model. If you go to National Parks, Forestry Land, private ranches and CAMPFIRE where we are in RDCs, you cannot have more than one safari operator because you clash. This is what is happening with Wilderness,” he said.

Zondo informed Wilderness that Imvelo could continue with their informal agreement, but this was rejected.

“They don’t want this informal arrangement, they want something on the side so they generated a deed of agreement for us to sign, basically to cede some of our rights to them. We said no, not wanting to breach our contract with council, as per legal advice.”

Imvelo’s refusal to sign was the reason for the impasse.

“The RDC realises it made a mistake but have not really explained it correctly to the communities but we have tried to explain. We have held meetings at Ngamo and Headman Ncube has been invited to these meetings. I have also explained these things to him,” Zondo said.

“The MoU between council and Wilderness is an illegal document because council had previously signed a document with us granting us those rights, and now they have entered into another MoU to try to redress that.”

Zondo blamed the local leadership for instigating communities to create all this friction.

“People go and misrepresent information to the general population because of certain personal benefits they may get from Wilderness’ presence. We want Wilderness to come in an orderly manner that allows both safari operations to carry on side by side bearing in mind we are the concession holders and we pay quite a lot of money.” 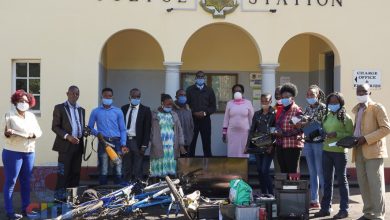