Donor fatigue and challenges in resource mobilisation have affected the reopening of Bulawayo’s Ekusileni Medical Centre which has missed several deadlines to take in critically ill Covid-19 patients.

Officials have now moved the opening date to between the end of April and the second week of May this year.

However, due to funding constraints, the bed capacity has been reduced to 15 from the initial 50 beds.  Five of the beds will be for the Intensive Care Unit (ICU).

The institution was supposed to open its doors on November 30, 2020, but failed to open with officials citing the lengthy tender procurement process by the government as the cause of the delay.

Responding to questions on the sidelines of donation from Simbisa Brands, Wednesday, Minister of State for Bulawayo Provincial Affairs and Devolution, Judith Ncube said looking at the equipment and other requirements that had been sourced, Ekusileni would open towards the end of April or the second week of May

Simbisa Brands donated two refrigerators while Matopo Rotary Club in liaison with the Forestry Commission presented 43 trees to the hospital, some that were planted on the spot.

The provincial minister highlighted the idea behind opening Ekusileni was to decongest other Covid-19 institutions.

“We hope there will be enough space to cater to patients, if we count Mpilo, UBH, Ekusileni, Thorngrove and private hospitals who will also do their part. Working together as one in Bulawayo, we are looking forward to Ekusileni offering specialist services that people seek in South Africa, India or elsewhere. Some people fail to access health services when they are told to go to India or South Africa due to lack of funds and opt to stay at home but our wish as the government is to provide the best services in all our hospitals,” said the provincial minister.

“Our first target was a 200-bed capacity, then we found that we might need more money. We scaled down to 50 but because of resource mobilisation we have since scaled down to five ICU and 10 ordinary beds, which is a total of 15 as a start then cascade upwards as more resources are availed. This is because there is donor fatigue, people who had promised that they will take it up in the shortest time have actually indicated that generally, the funds mobilisation is a bit of a challenge. Looking at our checklist, we can open with the 15 beds,” he said.

However, the five ICU beds are not total ready, as the acting CEO said they were still “processing to bring the equipment down.”

“The funds have been secured to buy the necessary bedside assortments, the beds are there and other assortment needed is to mainly to complement, which is monitors, ECG among other assortments to be able to manage someone on ICU,” Dube said.

Dube also noted that people would be able to afford medical services at Ekusileni, which seemingly would be an upmarket hospital, as the government would subsidise prices.

“Ekusileni will be in two phases. Phase two will be the specialist services but phase one is we are mainly concerned with Covid-19. But what I understand is they (government) are trying to subsidise those prices charged from overseas and the government is actually interested in making sure that services will be upper class but will come up with a pricing system that will allow the less economically advantaged individual to have those services,” he said.

Ekusileni was opened in 2001 and closed in 2004 because it had outdated equipment.

The Government tasked non-state players- under the banner of the IAM4BYO-Fighting Covid-19 initiative- with the role of leading the gathering of resources to open the institution.

It reportedly has already employed a staff complement of 55, inclusive of five doctors who are on the Government payroll. 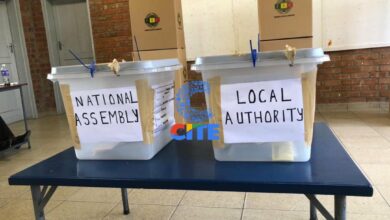 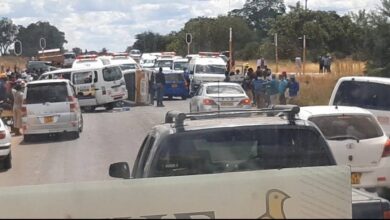