One of two Cowdray Park women who were allegedly brutally assaulted by members of Zimbabwe Republic Police (ZRP) broke down in tears as she narrated her ordeal in court on Monday.

Nokuthula Mpofu and her sister Ntombizodwa were allegedly handcuffed, assaulted, labelled ‘prostitutes’ and tribally insulted by police officers based at the Cowdray Park police base after they had gone to the shops to buy some foodstuffs on April 16.

Nokuthula narrated to the court that the she still feels the pain from the injuries sustained from the alleged assault and one of her fingers has since been deformed.

“All my life I have never been bashed the way I was beaten by these police officers. They made us sit down and kicked me with booted feet on my thighs. When I managed to get up I realised that I had sustained serious injuries and my clothes were covered in blood,” she said in-between tears.

“I was beaten the most when we got to the police base. I was left almost out of breath. When our names were called out so that we could be booked I couldn’t walk, I had to crawl to the officer.”

Nokuthula, similarly to her sister Ntombizodwa, identified Simbarashe Bvekwa and Tichaona Zariro as the two cops who beat them on the day.

“I have no problem with these other four, we picked them from the parade because they were part of the group on the day. These two (Bvekwa and Zariro) are the ones who bashed us, what they did to us was beyond mere assault. I didn’t think I’d survive the beatings,” she said.

Tinashe Dzipe, the lawyer representing the fingered cops, challenged the submission of pictures of the injuries sustained by Mpofu in court.

Dzipe argued that according to her testimony, the pictures had been captured by her daughter hence she (the daughter) is the one who is supposed to come and confirm them.

For the State, Kenneth Shava, assured the court that arrangements would be made to bring in the minor child to testify if indeed she is the one who captured the images.

The State papers, as presented by Shava, state that on the fateful day, the two women met the police officers whom they told they were coming from the butchery to buy meat.

He added that the accused persons went on further to take turns to assault the two women on their buttocks and hips several times, insulting them with obscenities and degrading them over their tribal affiliations saying they were released the following day after paying a fine of ZWL$200 each.

NY Times freelancer Jeffrey Moyo to know fate on May 31 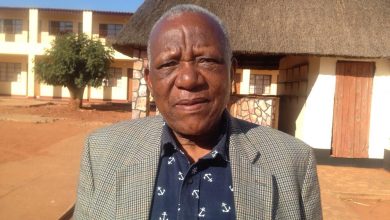 Johnson Mnkandla: The man who belled the Gukurahundi cat