Ward 17 residents in Bulawayo are up in arms with Councillor Sikhululekile Moyo over what they describe as “gross incompetence and failure” on the part of the local authority to complete roadworks in the ward.

Residents who spoke to CITE said most roads in the ward are in a deplorable state and council has been moving at a snail pace.

One the roads that residents said needs urgent attention is the Old Pumula to St Peters stretch of road.

“The construction of this road is long overdue, it started back in 2017. The councillor should stop wasting time and resources and should ensure the project is completed,” said one of the residents Lawrence Mhlanga.

“Currently we are paying $1.50 to board commuter omnibuses to Hyde Park because the state of the road is deplorable.”

Another Pumula Resident, Luke Sibanda, who uses the road on a daily basis said the Councillor is obliged to explain why the road rehabilitation project is still incomplete.

“St Peters road is a clear sign that we are residing in a failed ward. The previous Councillor also failed us. If this road is not completed areas like Hyde Park Village and other areas surrounding ward 17 will be no go areas for cars,” said Sibanda.

“He said that the whole tar is supposed to be removed and there was no need for road re-construction in order to ensure a more permanent solution. This is an insult on our intelligence because they cannot tell us that this how they are using our tax money.

We are so embarrassed to be ward 17 residents and we feel ashamed to be Zimbabweans and councillors must stay committed to their promises, said Sithokozile Nkomo

In response to these allegations, Councillor Moyo said the construction of St Peters road is an ongoing project.

“It is true that the construction was supposed to commence in 2017 when Ephraim Ncube was the then councillor but it failed because of financial constraints.

“When I started work this year after I was elected, the construction was four months old because this project was in the hand of my predecessor.  I can confirm that four kilometers has been rehabilitated so far. 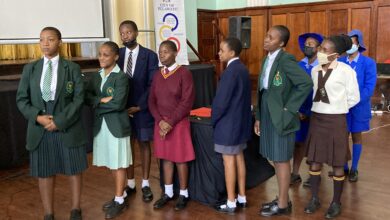 ‘Girls need equal access to the internet and digital devices’