Residents in Hwange have intensified calls for the incorporation of concession areas within the Hwange Local Board (HLB) jurisdiction to enable the development of the district.

Residents have often cried foul over the quasi administration of the coal mining town, a development they argued was affecting the growth of the area.

They argue that as a result of that Council which was being treated as a local board was receiving small amounts for development projects due to its size from ZINARA, devolution fund and other government assistance initiatives.

Greater Whange Residents Trust calls for incorporation to ease the burden on the private companies which can then concentrate fully on their core business. Incorporation of local authorities is supported by the Constitution of Zimbabwe Amendment (20) of 2013, Section 274 which clearly states that urban Local authorities represent and manage the affairs of the people in urban areas throughout Zimbabwe,” Greater Whange Residents Trust coordinator, Fidelis Chima told the legislators.

However, these areas are represented in Council by councillors though the local authority does not service the area. Seven out of the 18 wards under HLB are under private companies though councillors receive allowances and other benefits.

He said residents in concession areas owned by private companies were being denied their rights as they were excluded in development issues around service delivery as these entities.

“Thus with dual administration, people under concession area are being denied of their constitutional right as they are not consulted or included in development issues. The citizens under the concession area do not participate in Hwange local board budgetary process.

Incorporation is based largely on the administration and town planning, therefore, the 7 wards which are within the concession area which to this end has been taken to be outside Hwange local board’s administration are in contradiction with the stipulations of the Constitution and Electoral Act. It is every Zimbabwean citizen’s constitutional right to participate and be involved in the development issues that affect them as enshrined in Section 13:2 of the Constitution of Zimbabwe Amendment 20 of 2013.”

Residents called for the government to ensure Hwange attained municipal status by ensuring that there was a single authority as alluded to by President Mnangagwa.

“The President of Zimbabwe, ED Mnangagwa in his statement on 29 June 2018 said: ‘The Minister of State for Matabeleland North (Cain Mathema) talked about Hwange being elevated to municipal status so that there is a single authority running Hwange. I’m going to dispatch the Ministry of Local Government to work to achieve that requirement. So I’m simultaneously instructing the various small entities that have been running Hwange that this is now my instruction and should cooperate.’ We, as residents recommend that there should be a single authority in Hwange for the proper administration and Town planning.” 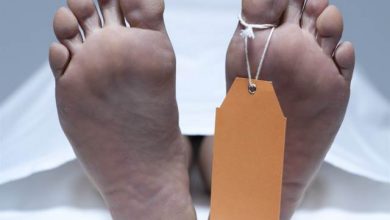 Gold panner dies in mine explosion