ZPRA Veterans Trust has advised war veterans to disregard certain information that is calling on those who were recently vetted and currently waiting for dues to join Zanu PF structures.

The former freedom fighters said fellow veterans must not be put under duress by Zanu PF, as they are not obliged or compelled to join the ruling party’s structures, nor should they be coerced on the assumption that they will easily receive their benefits.

This comes in the backdrop of a recent Zanu PF meeting to discuss guidelines for the establishment of the Veterans of the Liberation Struggle League structures.

In November 2017, Zanu PF noted that its Central Committee resolved the ruling party should have a league of the veterans of the liberation struggle, in recognition of the role they played in bringing Zimbabwe’s independence.

Zanu PF‘s central committee once again in 2019 implemented the 2017 resolution by adopting the creation of the League of the Veterans of the Liberation Struggle, which is now an integral part of the ruling party.

According to the guidelines, the war veterans league would be the same as the Women and Youth leagues, a development that some ‘elements’ used to coerce veterans to join the party.

However, ZPRA Veterans Trust Spokesperson, Buster Magwizi, said no veteran must feel compelled to join Zanu PF unless they wanted to.

“All those who were vetted, that is the veterans, combatants, non-combatants, war collaborators and the ZIPEDRA are not obliged to be members of the Zanu PF war veterans league neither must they take their receipts to the party to show they were vetted.”

Magwizi said such information was peddled by misguided people and must not be adhered to.

He, however, added that if there were war veterans who freely wanted to join Zanu PF, the choice was theirs.

“Your choice is paramount. If you want to be a member and join the league, this is your opportune moment but as members of the liberation struggle, you are not forced to become any member of the war veterans league under Zanu PF,” Magwizi said.

“Zanu PF is not the only party that had war veterans during the liberation struggle, so no one is compelled, forced, or induced by whatever means to become a member of that league. Be advised accordingly.”

The former ZPRA freedom fighter stressed that fellow veterans must be conscious to make their own political decisions.

“If you hear people asking you to become members of the Zanu PF league, tell them you are not members if you do not want to be a member. But if you want to be in that league the choice is yours. We have freedom of choice and must not be conditioned or put under duress because we have been vetted and are waiting for our dues,” Magwizi said.

“By virtue of waiting for our dues, we are not obliged to be forced or compelled by any means to become members of Zanu PF, the choice is yours. Be advised accordingly.” 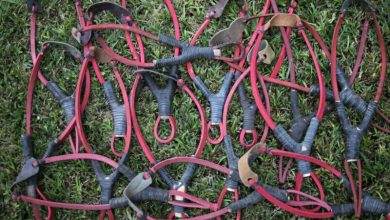