In its monthly monitoring report for March 2021, ZPP said it recorded 221 human rights violations, 83 of which were harassment and intimidation of citizens, mostly by the police deployed to enforce the Covid-19 induced national lockdown.

These violations by national and municipal police were mainly due to continued attempts to stifle operations of informal traders, noted ZPP as listed in its documentation processes.

ZPP also recorded two killings, two attempted murders, one abduction, 21 cases of unlawful detention and 35 cases of assault, most of which are attributed to state security agents.

“Harare recorded the highest violations at 65, followed by Manicaland at 40 and the Matabeleland region recorded the lowest number of violations,” said the human rights lobby group.

The ruling Zanu-PF was also cited as one of the perpetrators, as it contributed to a significant 16.77 percent of human rights violations recorded in March 2021.

Meanwhile, ZPP also noted that the easing of lockdown regulations after two months of stringent restrictions laid bare the gross social inequalities existing in the country.

“This was made worse by the fact that throughout 2020, lockdown restrictions had caused consistent disruptions to economic activity. The poor, hardworking citizens who live from hand-to-mouth and have no savings had endured two months with no income or social support from the government,” read the report.

Urban households according to ZPP suffered the most economically, and a January 2021 ZIMSTAT report indicated that 90 percent of non-farm businesses, which skewed toward urban areas faced a drop in revenue or did not receive any revenue at all.

“So, even as businesses began operating, the impact of the two months of lockdown had relegated many into further poverty as reported in a World Bank country overview last updated on March 23 2021,” said ZPP.

“The pandemic and its impact disrupted livelihoods, especially in urban areas, and according to the World Bank, added 1.3 million to the extreme poor. World Bank estimates suggest the number of extreme poor reached 7.9 million in 2020, which is about half of Zimbabwe’s population.

“Surveys indicate that nearly 500 000 households have at least one member who lost their job in 2020, causing many to fall into poverty and worsening the plight of the existing poor, ” cited the World Bank report quoted by ZPP. 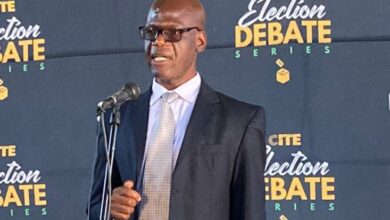