The World Food Programme (WFP) has sounded the alarm, advising that donors need to raise more money to enable aid organisations to feed up to 45 million people in Southern Africa who are facing food shortages due to a drought.

Of the 45 million people in the region that are facing starvation, 7,7 million are in Zimbabwe – half the population – while 22% of Zambia’s population is in need of food aid.

The WFP said 20 percent of the population of drought-stricken Lesotho are also now severely hungry, as are 10 percent of Namibians.

To ensure that people in the region are food secure, WFP needs US$489 million but has so far only managed to raise US$205 million, less than half of the required amount.

The organisation has since been forced to resort heavily to internal borrowing to ensure food reaches those in need, WFP said in a statement on Thursday.

“If we don’t receive the necessary funding, we’ll have no choice but to assist fewer of those most in need, and with less,” Lola Castro, WFP’s regional director for Southern Africa, said.

“Nor will we be able to adequately expand longer-term activities vital to meaningfully combatting the existential emergency that is climate change.”

WFP advised that as the “lean” season deepens ahead of the annual cereal harvest in April and May, the international community must accelerate both emergency assistance to millions of desperately hungry people in Southern Africa and long-term investments to enable the region’s vulnerable to withstand the worsening impacts of climate change.

The lean season refers to the period between planting and harvesting when communities would have traditionally exhausted the grain they would have harvested in the prior farming season.

To add salt to injury, high food prices, large-scale livestock losses and mounting joblessness are exacerbating the effects of the drought in the region.

As coping mechanisms, WFP said, families across the region are eating less, skipping meals, taking children out of school, selling off precious assets and falling into debt.

However, the programme is characterised by opacity and allegations of corruption, which the government does not seem too keen to investigate.

For the first time in more than a decade, Zimbabwe has also begun a feeding programme to the urban poor, an illustration of how bad the drought is.

Due to the drought, among other factors, the Economist Intelligence Unit has forecast that the Zimbabwean economy will be the second-worst performing in the world, after Venezuela, experiencing negative growth of 12%.

But Finance minister Mthuli Ncube is quite optimistic that Zimbabwe’s economy will grow by 3%, a massive swing after it shrunk by 6.5% last year.

Coup anniversary: Has anything changed? 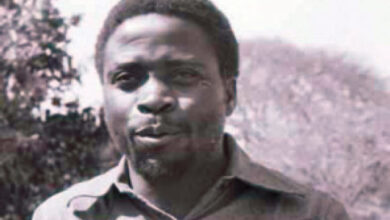