Police in Bulawayo, Thursday, quizzed some members of the Mthwakazi Republic Party (MRP) on a planned demonstration in the city meant to coincide with the official opening of the Zimbabwe International Trade Fair (ZITF) on Friday.

Ugandan president Yoweri Museveni will be in the city to preside over the official opening ceremony.

A message was circulating on Whatsapp calling for people to attend the demonstration on Friday in the city centre.

Speaking to CITE some members of the militant party said they were quizzed by police who assumed they were the mastermind behind the planned demonstration.

“The CID Law and Order quizzed me whether we want to demonstrate tomorrow.  I told them that firstly am not the spokesperson for the party and I do not control the information department and besides we are not Mthwakazi,” said National Secretary for Security, Mxolisi Mhlanga.

MRP president, Mqondisi Moyo added that his party had nothing to do with the alleged protests and stated that his members were wise enough not to engage in harmful activities.

“We have since stopped our National Secretary for Security and Information and Publicity Officer from going to the police station because we are the Mthwakazi Republic Party, not Mthwakazi, in fact, Mthwakazi is a nation, not a party,” he said.

Moyo highlighted that police must differentiate what is written Mthwakazi and MRP because the two were different.

“Just because the message was written Mthwakazi, it is assumed it is us. We are MRP and we don’t participate in activities that will end up injuring our people or have them arrested since the organisers are not coming forth to own the message. We are not the originators of the message and we are not planning a protest,” he said. 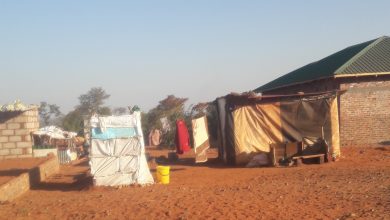 Coronavirus: Victoria Falls’ shack dwellers at the mercy of the pandemic