Zimbabwe’s poor health care facilities have been spoken about at great length with numerous commentators depicting the state of hospitals in the country as death traps.

The outbreak of the novel Coronavirus Disease (COVID-19) in the world has put Zimbabwe’s healthcare system under scrutiny. The death of Zororo Makamba, a prominent broadcaster showcased Zimbabwe’s unpreparedness to respond to COVID-19.

Zimbabwe’s health care facilities are in a bad state and what makes matters worse is that doctors and nurses in Zimbabwe were recently on strike. Complaints were raised to the effect that they are not adequately compensated for the work they do and that their working conditions are not conducive. Doctors and nurses raised complaints that they lack essentials like masks, gloves, and hand sanitisers. When COVID-19 broke out in the country, health care workers feared to go to work for fear of contracting the virus from patients who may have come into contact with it.

The case of Zororo Makamba

When it became apparent that Zororo was sick and could have contracted the virus his family took him to Wilkins hospital in the capital which is the designated hospital responsible for COVID-19 patients. Upon arrival at the hospital, doctors reportedly told the family that the hospital had no ventilators and that to procure a ventilator they would have to pay US$ 120 000 and thereafter donate the ventilator to the hospital.

The family sourced the ventilator but upon arrival at the hospital, the facility had no plugs and adaptors to plug in the life-saving machine. The hospital also had no medication at hand or oxygen masks to ease Zororo’s pain and help him with breathing. Zororo sadly died a painful death that day because of the inadequacy of the health care system to meet him at his point of need.

The above story reflects how even the rich and powerful who under normal circumstances would have sought medical treatment in other parts of the world like South Africa and Singapore have had to come face to face with the terrible state that the Zimbabwean health care sector is in.

The inability of the rich and politically connected like the Makamba’s to fly out the country because of the ban on travel across the world is making the elites feel to some degree what ordinary Zimbabweans face daily, and how service sectors like the health care sector continually fail local citizens.

Medical doctors in Zimbabwe had no idea how the ventilators worked in Zororo’s case, and this shows how ill-equipped the health care sector is to deal with COVID-19.

Impact of Lockdown on Livelihoods

As a result of the lockdown that President Mnangagwa announced on 30 March, Zimbabwe has once again seen a rise in human rights violations and the heavy-handedness from state security agents such as the police. This heavy-handedness was seen in the destruction of informal traders’ goods and unwarranted beatings. According to a study conducted by the World Bank in 2012, 5,7 million people in Zimbabwe are in the informal sector of the economy. This number has by now increased taking into consideration that the state of the economy in Zimbabwe has worsened significantly since then.

Therefore, the fact that a substantial number of the population are not formally employed reflects that people live from hand to mouth in Zimbabwe. The United Nations recently published a report showing that more than 60% of the country’s population is food insecure and so during the lockdown, it would only make sense for people to leave their homes in search of food as the majority of people do not have the luxury of buying their food in bulk and storing it during the lockdown. The President proclaimed that during the lockdown services like grocery stores and pharmacies would still be operational as they fall under essential services. Because the economy is informal by nature people will sell and buy food on the streets. The heavy-handedness by the police under the circumstances was unjustified.

Human rights questions come up because had the government provided employment people would not be in the streets selling food. The use of the police to burn food in a country where over 60% of the population is food insecure can also be said to show how desensitised the government of Zimbabwe is to the suffering of ordinary people.

What should be done

COVID-19 has once again exposed the lack of good governance in Zimbabwe, and if the failures of the health care sector are not addressed with urgency during this pandemic the reality is that a lot of people will lose their lives and what has been described as death traps will certainly be realised. The government also needs to realise that the use of force to get people to comply with self-isolation guidelines is unreasonable taking into consideration the need for people to leave their homes in search of food. The government should rather find means of distributing food to the most vulnerable in society as is being done in Rwanda. 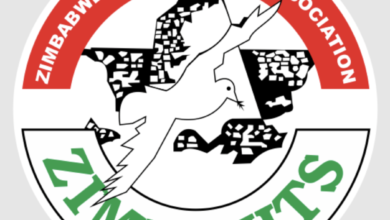 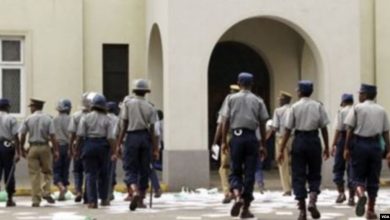