The German company contracted to deal with the Hwange Colliery Company Limited (HCCL) underground coal fires is now on site with a report expected by March.

This was revealed by the Minister of Mines and Mining Development, Winston Chitando at a media briefing after his tour of one of the hotspots this week.

The company has been battling underground fires over the past years in which members of the community have fallen victim while road infrastructure has been destroyed. This resulted in the company contracting German based DTM said to have vast experience in engineering and consultancy services.

The visit to the Colliery comes in the wake of reports of raging underground seam coal fires tearing open the ground and a road connecting some of the concession areas.

“The international consultants are here and their mandate is to fully investigate what could have happened. What could have caused simmering that is taking place. They have done similar work in Europe and the Middle East and of course in Africa. They are looking at what caused that hole to come up and what is underneath. They will look into what has happened and issue a report to the management of the Colliery and with Cabinet involvement we will take the necessary remedial action to make sure that whatever problem is there is resolved. It’s a matter which the government takes seriously hence my visit and it’s a matter which is being followed up,” said Chitando.

Chitando said the government was concerned with the issue hence his visit to assess the extent of the situation.

“This (underground fires) is a matter of concern and I applaud the management of HCCL that prior to the media reporting on the incident it had engaged DMT which is an international company which specializes in cases of this nature to come and look at exposures at Colliery’s old working area especially number 2 where there were reports of fire on the road.

Locals have expressed concern over the emergence of underground fires at some old excavation sites with fears rising that they could spread to residential areas. Several people have been left with permanent disabilities after being burnt by underground coal fires over the years with calls growing for more to be done to avert a recurrent of incidents.

During the tour, Safety, Health, Environment and Quality Manager, Butholezwe Dube explained that the fires had affected an area covering up to 150 metres within the company’s mining concession. The company has since barricaded some of the known hotspots while carrying out awareness campaigns as part of efforts to protect the community.

He added that the consultant was already conducting work which is expected to be ready by March.

“After the report which will also contain recommendations is tabled which will give understanding of the scope of the fires then the actual rehabilitation works will commence.”

Residents welcomed the high level visit by the government minister arguing that it showed the level of seriousness of the problem and the need to protect lives.

“Greater Whange Residents Trust is pleased by increased interest by the government to deal decisively with the issue of underground fires that are a danger to the community of Hwange. The minister’s tour to the site of the underground fires inspires confidence in the community that at least something positive will come out. We also had a tour at the sites of underground fires with Professor Mutondi (Chief director in the ministry of Environment) and EMA during the festive season,” said Fidelis Chima, GWRT coordinator. 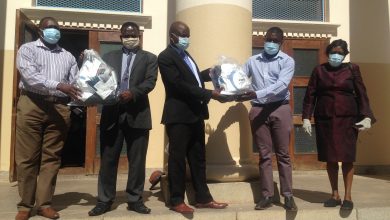 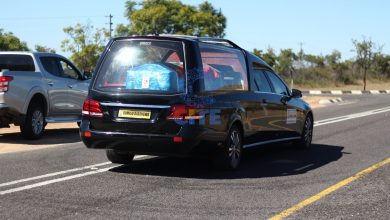