Women often shy away from politics due to online abuse, harassment, and gendered defamation they experience via social media platforms.

This was said by a Lupane State University (LSU) lecturer, Sanelisiwe Sibanda while presenting on gendered disinformation, fake news and women in politics during the future of journalism education in Southern Africa conference hosted by CITE, MISA Malawi, Namibia Media Trust, and DW Academy under the theme, crafting journalism education for viable media.

“The narrative online has been either a woman is body shamed, called a prostitute, normally we are asked does she has a husband. The effect that such messages, imageries, insults have on women is that it removes women from a position of power because once their pictures are posted out there they fear that I don’t need this kind of harassment, I can’t live in a situation where people always want to discredit me and act like I am nothing besides sexual object,” she said.

Sibanda added, “Normally it discourages women seeking political careers or leadership roles and it frames them as untrustworthy, emotionally angry because imagine someone has posted fake pictures of you, would you not be angry, obviously you will be angry or you clap back, what we normally do on social media.”

She said the online clap backs from women are often taken out of context and they are labelled as angry people.

“If a person attacks you, you want to clear your name, you are angry obviously and normally the trend is clap back when someone says something about you and it’s always taken out of context and said to be an angry woman, you can’t control your emotions, you are untrustworthy and you are someone who can’t be a mother because women are supposed to be mothers.”

“The online attacks normally influence or they inspire violence even offline because there is no way someone can call you a prostitute and then go on to see you offline and respect you and I think we have seen the trend with election violence on women. We have seen how female politicians of CCC were attacked in Insiza and in Matobo and there is no way that when someone respected you online, they would go outside and strip you and take pictures of you while they are attacking you and post them online to show,” she said. 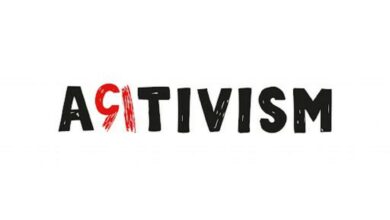