Vice Chancellor of National University of Science and Technology (NUST), Professor Mqhele Dlodlo, has filed an affidavit withdrawing charges against 13 students from the institution who were arrested for public violence in September.

When arrested, the 13 appeared before Bulawayo magistrate Nomasuku Ndlovu, who through their legal representative, Jabulani Mhlanga of Zimbabwe Lawyers for Human Rights (ZLHR), granted them free bail, .

In the affidavit written by NUST Vice Chancellor, which CITE has in its possession, Prof Dlodlo stated he had instructed the University’s chaplain to request to withdraw the case before plea so that the institution could deal with the issue internally.

“We have discussed among ourselves, that is, Fidelis Mhlanga – NUST registrar, Dr Sibongile Kamusoko – Dean of students and Pastor Thompson Dube. We have considered that although the students conduct and or behaviour was unbecoming to the NUST community, we absolve them of any wrong doing and forgive them,” read the affidavit.

Prof Dlodlo, in the affidavit further said, “No section of the public was affected or disrupted by their conduct. No NUST property or public property was destroyed or damaged by their actions and there was an internal hand that took advantage of the student’s vulnerability and that this becomes an internal NUST issue, which  NUST can handle internally.” 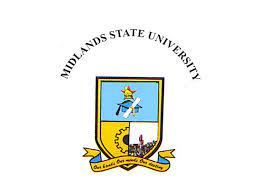