The National University of Science and Technology’s (NUST) Applied Genetic Testing Centre in conjunction with the African Institute of Biomedical Science and Technology (AiBST) laboratory will facilitate the process of carrying out the Deoxyribonucleic acid (DNA) tests for the 31 exhumed cyclone Idai victims who were buried in Mozambique.

Cyclone Idai was declared a state of disaster on 15 March 2019 and it affected four provinces namely Manicaland, Masvingo, Midlands, and Mashonaland East with more than 270 000 people affected, leaving over 300 dead and many others missing.

Speaking during the cabinet briefing yesterday, Minister of Information, Publicity and Broadcasting Services Minister Monica Mutsvanga said a team comprising of pathologists, the Zimbabwe Republic Police (ZRP) forensic officials, the Zimbabwe National Army, and the Civil registry was set up to carry the exhumations.

“Cabinet received a report on the Exhumation of Cyclone Idai victims who were temporarily buried in the Dombe, Sussundenga and Moussorize, and Espungabeira districts of Mozambique as presented by the Minister of Local Government and Public Works, Honourable July Moyo.

The nation is being informed that following a Cabinet decision to exhume bodies of victims of Cyclone Idai that were swept to Mozambique through the Rusitu River, a team comprising pathologists, the Zimbabwe Republic Police forensic officials, the Zimbabwe National Army, and the Civil Registry was set up to carry out the exhumations,” said Mutsvanga.

She said the team, assisted by the Zimbabwean Ambassador to Mozambique Ambassador Victor Matematanda, held consultations with Mozambican officials and traditional leadership before carrying out the exhumations.

“The Traditional Leadership and the gravediggers were paid tokens of appreciation for assisting in the burial of the victims. An arrangement was made with Chimoio Provincial Hospital for the storage of the remains of the victims,” she said.

Mutsvanga said the two laboratories have already collected reference samples from the families who lost their loved ones during the disaster.

She added that Government has made arrangements for the remains to be transported and stored in Zimbabwe prior to the release of DNA results.

Cabinet also resolved to declare the missing persons dead so as to facilitate the acquisition of the relevant documentation at the Civil Registry Department and the subsequent registration of the deceased persons’ estates.

“All positively identified remains are conveyed to Mutare General Hospital in order to reduce costs for the grieving families and it was resolved that a mopping-up exercise be undertaken to identify burial sites and conduct exhumations on the other side of the Rusitu River; and that State-assisted burials be provided to the bereaved families,” she said. 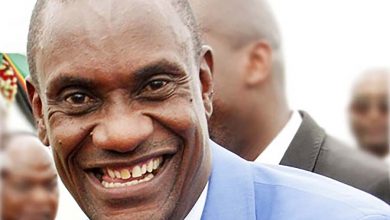